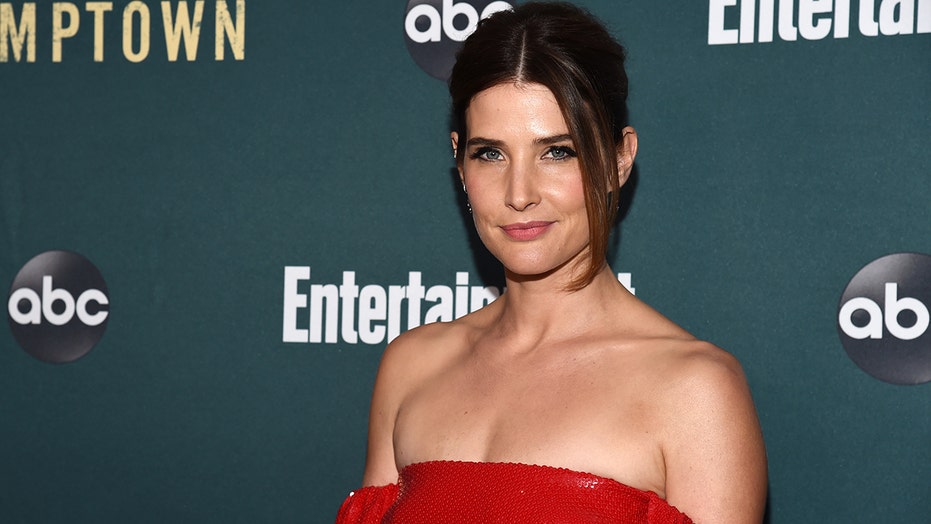 BEVERLY HILLS – Cobie Smulders is giving credit where it’s due.

The 37-year-old actress wasted no time explaining to reporters during the Television Critics Association summer press tour just how influential Tom Cruise was showing her the ropes in the stunt world as she prepared for her role in the exciting, high-action police drama “Stumptown.”

COBIE SMULDERS REVEALS SHE HAD OVARIAN CANCER AT AGE 25

“Yeah, I mean when I worked with Tom [Cruise] on '[Jack] Reacher,' that was when I learned the most I had up until then about training, about fighting, about stunts, about how to do everything safely because he was such a pro at just doing everything correctly and really well,” Smulders said about acting alongside the “Top Gun” franchise star in “Jack Reacher: Never Go Back.”

The longtime Marvel mainstay, who portrayed S.H.I.E.L.D. agent Maria Hill in six Marvel Cinematic Universe films, beginning with the “Avengers,” said her “Stumptown” role was perfect for her, especially considering her character Dex Parios is a quick-witted army veteran-turned-private investigator.

“Everything about her challenges me but that's what excites me,” Smulders told reporters. “It doesn't make me afraid. I mean, it's physically wearing but you're not really getting hurt. If you if you're getting hurt, someone's not doing their job right.”

Smulders, 37, whose husband comedian and actor Taran Killam, 37, is a series regular on fellow ABC show “Single Parents,” said she was even more drawn to Dex because of her willingness to fearlessly say what’s on her mind.

“I just like her. I like the way that she rolls with however she's feeling, you know,” Smulders explained. “I like playing sort of a sexually ambiguous woman on network television. I like that she's sort of her own boss. I like that she just doesn't really have – there are no rules for her. So that excited me.”

The “How I Met Your Mother” alum continued: “We're still trying to figure out the tone of this right because there is a certain, you know, P.I. way of talking, you know. Kind of like this sassy one-liner, which I don't think kind of – it doesn't fit quite right but there is a moment and a place for it or to take that rhythm and modernize it.”

“So it's usually her humor is coming situationally. But I think that there will be opportunities. For there's a lot of physical comedy but then also just really funny lines,” she added.

But for Smulders – it was the quality of life she sought and, in becoming an executive producer on the graphic-novel-adapted series, Smulders is happy that she can spend more time with her family.

"First of all, it's such a blessing I was on 'How I Met Your Mother' for so long and that's shot in Los Angeles and I was allowed to have a life in the city,” she said. “And I've been off of it for five years now and traveling so much, I just feel that it takes a hit to a family. But it's so nice – there are going to be really long hours and it's going to be really physically draining but I get to go and sleep in my own bed and my child will probably come at 6 a.m. into that bed.”

Smulders told reporters she looks forward to her daughters Shaelyn, 10, and Janita, 4, being able to witness their mother in her element and even said she’s teaching them how to perform stunts of their own just in case the rough-housing gets a little out of hand.

Alyson Hannigan as Lily, Jason Segel as Marshall, Neil Patrick Harris as Barney, Cobie Smulders as Robin, Josh Radnor as Ted, on "How I Met Your Mother." (© 2013 Fox Television. All rights reserved)

“There are certainly sacrifices, but also it excites me I have two girls and it's exciting for them to see their mother having a career and having dreams and fulfilling goals," she said. "That's what I tell myself anyways to sleep at night. You do your best and I'm a very hands-on parent and everybody who's involved in this project knows that and has been extremely accommodating thus far."

When asked how her daughters usually react to seeing their mother fake being battered and bruised after an intense fight scene, Smulders added: “I walk them through how to do stunts, how to make it look real but it's not really.”

“Quite honestly, they don't watch a lot of television,” she continued. “I don't think they've seen an episode of 'How I Met Your Mother' or anything from the 'Avengers.' They're still really little and they don't see that on me in person. So I try to explain sort of the choreography involved and that actually is kind of – like it's funny to them.”