Lin-Manuel Miranda, center, performs in the musical "Hamilton" at The Public Theater in New York. (ap)

The foundation said Thursday the funding would allow students as some schools in Chicago, Los Angeles, San Francisco and the District of Columbia to see the show for $10. Plans are already in the works to open a Chicago company of "Hamilton," as well as one for London and a U.S. national tour that starts on the West Coast.

The students will attend special matinee performances and interact with cast members during the program.

The additional funding follows a 2015 pilot program that provided a $1.5 million grant for 20,000 New York City school children to see the Broadway sensation. 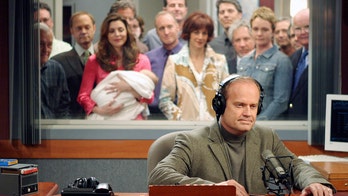