Bellario says he can't go on the road to do gigs until he resolves his legal problems.

A New Jersey comic isn't laughing after a bit part in a low budget movie backfired, and saw him charged with weapons violations for packing a replica gun during a scene.

Carlo Bellario was filming scenes for an independent film in a residential neighborhood in November in a role he took on for free and the chance to be entered in the Internet Movie Database. His character was a drug dealer's bodyguard, and Bellario toted a realistic-looking airsoft gun that was meant to fool big screen viewers one day. Well, it worked on neighbors along the Woodbridge street, who had no idea a movie was being shot and that the tough guy with a firearm was harmless, according to News 12 New Jersey. But the prop proved to be a little too realistic as residents in the neighborhood called cops leading several officers to respond.

Things got worse when Bellario learned too late that the movie's producers had no permit to shoot the movie, much less to film with a replica gun. Bellario was handcuffed, arrested and charged with weapons possession under New Jersey’s strict gun laws, which say any weapon that fires projectile - even if it is just a pellet - is a firearm.

“Who thinks they are going to go to a set to film a scene and wind up spending the night in jail?” Bellario tells FoxNews.com. “It’s so senseless. I’m still waiting for Ashton Kutcher to jump out and tell me that I’ve been punk’d.”

He did a four-day stint in the Middlesex County Jail, where he was held on $10,000 bail. The movie’s producers backed out of their promise to pay his bond, he said.

“They left me high and dry,” he said.

The trip to the lockup was just the beginning. Until his court situation in resolved, he is not allowed to leave the state, he said.

"That means I can’t go on the road for comedy gigs," he said. "I can’t earn any money.”

Bellario is still trying to raise money for his legal fees. He started Go Fund Me page, where he has raised nearly $4,000. Facing up to five years in prison, Bellario also says that he is also having trouble finding a lawyer willing to take on his case and hopes that someone is willing to work pro bono.

“No one wants to touch it for less than $10, 000,” he said referring to his search for legal representation.

The comedian also plans to hold a benefit stand-up show. Bellario also says that he is being treated unfairly for an issue that was out of his control.

“I didn’t go there to wave a gun around and scare people,” he said. “As an actor, I’m not required to make sure that the producer has all the proper permits.” 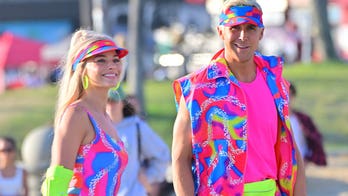