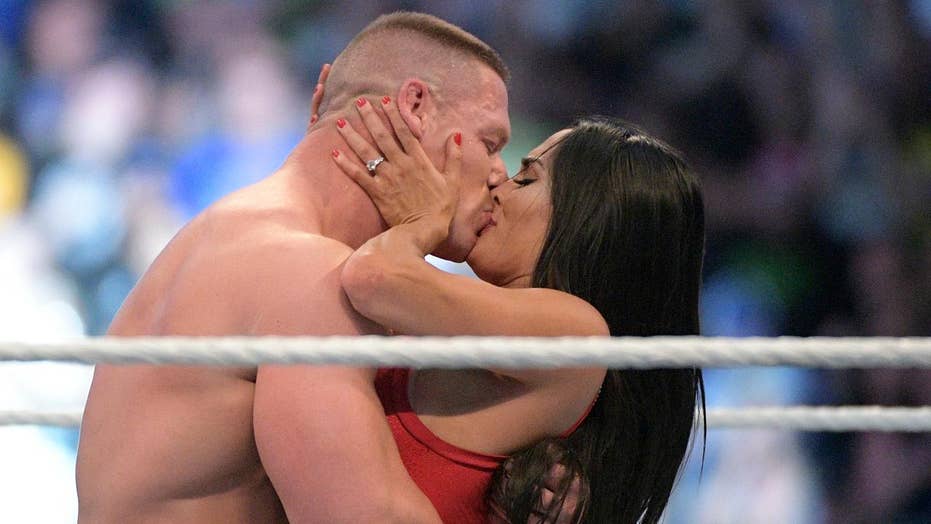 Nikki Bella is still reliving one of the happiest days of her life.

On Sunday night, longtime boyfriend John Cena proposed to the 33-year-old wrestler after they defeated The Miz and Maryse in a tag-team match at WWE’s WrestleMania 33 in Orlando — which was also televised for the world to witness.

“It was shocking, but amazing,” gushed Bella to Fox News. “I totally understand now when they say it’s like one of the top three most amazing moments of your life. I have never felt what I felt that way before. It truly was magical. Just absolutely magical.”

JOHN CENA GETS ENGAGED TO NIKKI BELLA AT WRESTLEMANIA 33

But life hasn’t slowed down for the bride-to-be. On Wednesday night Bella and fellow wrestler Lana kicked off the mid-season premiere of E!’s “Total Divas,” a reality show for which she serves as executive producer. According to Bella, the series has helped shaped the way the WWE is being viewed and celebrated by women. As a result, they both believe now is one of the best times to be a female wrestler.

“We started to have more women and little girls in our audience, where it started to be 40 percent female that sat in our live audience,” she explained. “So I think, when that was happening and the women were stepping up and saying, ‘Hey we can do what the men do,’ and then you saw it on a reality show, it was just inevitable for us to have this women’s evolution.

"For me, being a woman here right now is amazing. It truly feels like all my blood, sweat and tears have paid off, and you’re just excited to be a woman because you’re getting just as much time as the men and you’re getting the recognition.”

Lana added that it's great seeing female wrestlers get recognition.

“It’s just such an exciting time because we've worked so hard to get opportunities... If we are given opportunities, we can do anything we set our minds to," Lana said.

However, being a WWE Superstar has its challenges. Bella announced on Twitter Tuesday night that she was taking a break from the ring to fully heal from a neck injury. Lana admitted to breaking her wrist and “having a rod and three screws” from a painful mishap. Both aren’t phased when critics insist their sport is phony and only for show.

“You can’t just be anyone who is off the streets and come do what we do,” explained Bella. "You have to train and there has to be something within you. You have to have athletic ability… What we do is 100 percent athletic. I feel like it’s one of the top athletic programs out there when you consider professional sports.”

Lana chimed in, “We just have predetermined endings, like any form of TV show or movie. But we fight and people break their noses, and get punched in the eye and get stitches.”

Another obstacle the ladies have to put on smackdown is being in the public eye. Recently, several female celebrities, including WWE’s Paige, became victims of online leaks that resulted in private photos and videos shared online without their consent.

“I think just living in the day and age of technology, whether you’re a celebrity or a normal human being, you’re always worried about your privacy,” admitted Bella. “And I think as long as you behave, you know you’re OK. I think anyone worries about that. But thank God, it hasn’t happened to any of us and we’re just grateful.”

The drama both Bella and Lana have faced recently was willingly captured on camera for “Total Divas.”

“You will see me kind of get in a fight with a couple of the girls and then make up,” said Lana. “We have debuts, we have a girl getting pregnant — I’m not going to mention any names. We have a comeback. We have a first prom. We have dance-offs. We have a lot of really exciting, different things, so you’ll have to tune in.”