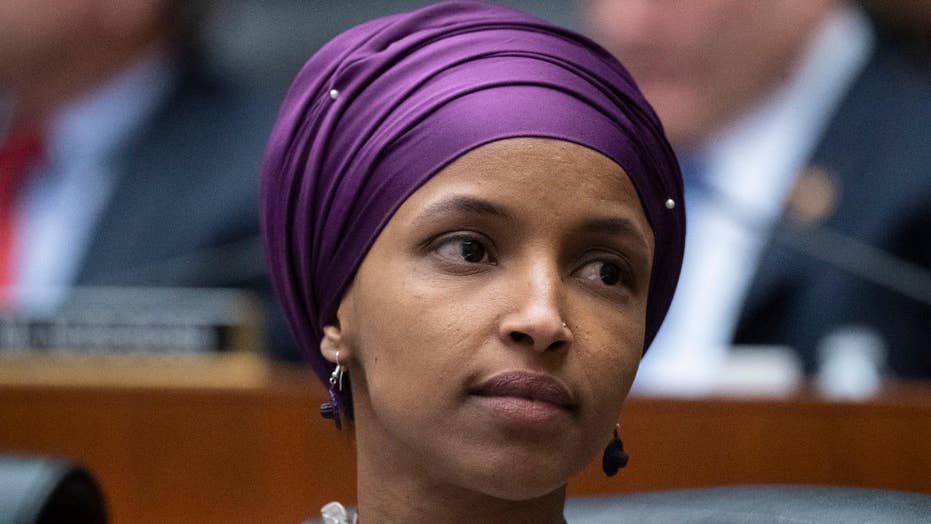 Newsweek magazine is in hot water for “normalizing” hate after featuring embattled Minnesota Democrat Ilhan Omar as the cover story about how she shifted the Democratic Party and the conversation about Israel.

Omar, who has faced repeated controversies over her comments about Israel and supporters of the Jewish state, was put on the cover of Newsweek’s latest issue with the headline “Ilhan Omar, The Democrats And Israel.”

Social media went into a frenzy over the magazine’s issue, criticizing the publication for further legitimizing Omar’s views on Israel.

“Normalizing and even elevating an anti-Semite is a new low even for Newsweek. It’s been a shame to see a once decent publication devolve into such a clickbait rag,” Donald Trump Jr. wrote in a tweet.

“Calls a Jewish man a ‘white nationalist,’ accused Jewish people of dual loyalty, described 9/11 as ‘some people did something’ — if Newsweek is talking about Omar ‘changing the conversation’ to include more anti-Semitism, they’re right,” she tweeted.

Omar was first accused of anti-Semitism for tweeting in 2012 that “Israel has hypnotized the world, may Allah awaken the people and help them see the evil doings of Israel.”

She then drew bipartisan uproar in February after she suggested politicians in the U.S. were bought by AIPAC, a non-partisan organization that seeks to foster the relationship between the U.S. and Israel.

Omar then reignited the controversy, saying groups supportive of Israel were pushing members of Congress to have “allegiance to a foreign country,” echoing the anti-Semitic trope of dual loyalty.

The Newsweek article credits Omar with shifting leftwards the debate on the U.S. support for Israel, adding that her views are becoming increasingly shared among the Democratic voters, which will force any candidates in the future to embrace Omar’s views.

“To remain a viable candidate in the upcoming primaries, it will be vital for contenders to win the support of the Democratic base, which skews younger, more multiethnic and progressive — in short, Omar’s supporters,” the article concluded.