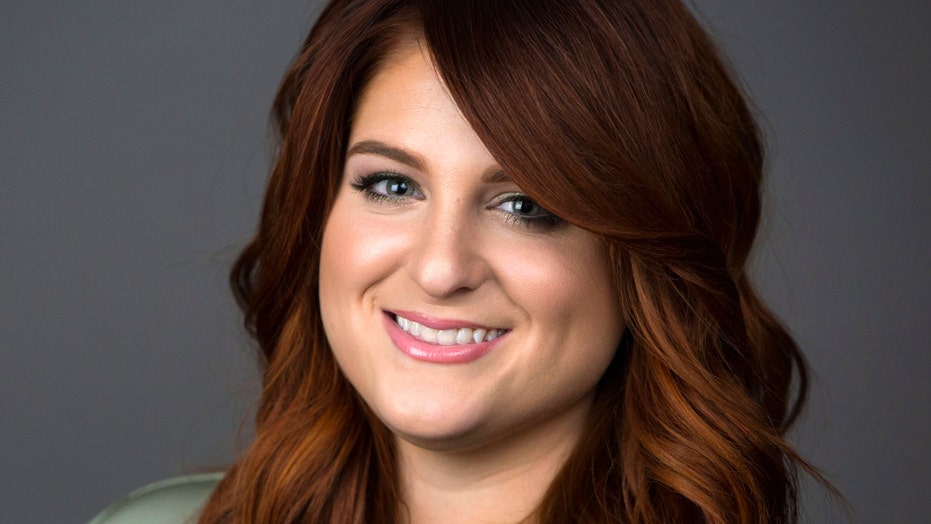 Meghan Trainor brought down the house, and herself, when she performed her new single "Me Too" on Thursday's "Tonight Show."

The GRAMMY winner -- who hit the stage in a figure-hugging sequin dress -- couldn't quite keep her balance in her sky-high heels. Towards the end of the performance, Trainor did a little booty shake, but when she went to turn around and grab the mic, she took a major spill.

EXCLUSIVE: Meghan Trainor on Being Inspired by Britney Spears and *NSYNC, Her Hilarious Relationship Dealbreakers

Making light of the tumble, the 22-year-old pop star laid out on the stage and host Jimmy Fallon joined her. "Grabbing the mic is the toughest," Fallon quipped as the audience gave Trainor a standing ovation.

"Might have fell down, but I KILLLED that s--t hahaha #keepinitreal," she Instagrammed following her performance.

MORE: Meghan Trainor Says She Had a 'Drunk Make Out' With Charlie Puth Prior to AMAs Kiss

Trainor also took to Twitter to assure her fans that she was OK. "I didn't feel it till hours later," she tweeted. "I'm all good tho. Barely a scratch."

The "All About That Bass" singer talked about her tumble on Friday's "Good Morning America," saying she redid the whole performance but thought the first one was the best. "I'm feeling it today. I feel little bruises everywhere," she admitted. "I was fine."

EXCLUSIVE: Meghan Trainor Talks Lingering Body Image Issues and How She Overcomes Them

Last week, Trainor made headlines when she pulled her "Me Too" music video after realizing that she was Photoshopped in the dance scene. She later released the Photoshop-free version to the delight of her fans. "I was upset because it wasn't something that I said, 'Please make me skinnier,' you know?" she told ET. "[I] called them and said, 'Please, I never asked you to touch my waist, can I please have my waist back?' And when I got my waist, I was very happy with it, and I didn't see why you would need to bring it in smaller."