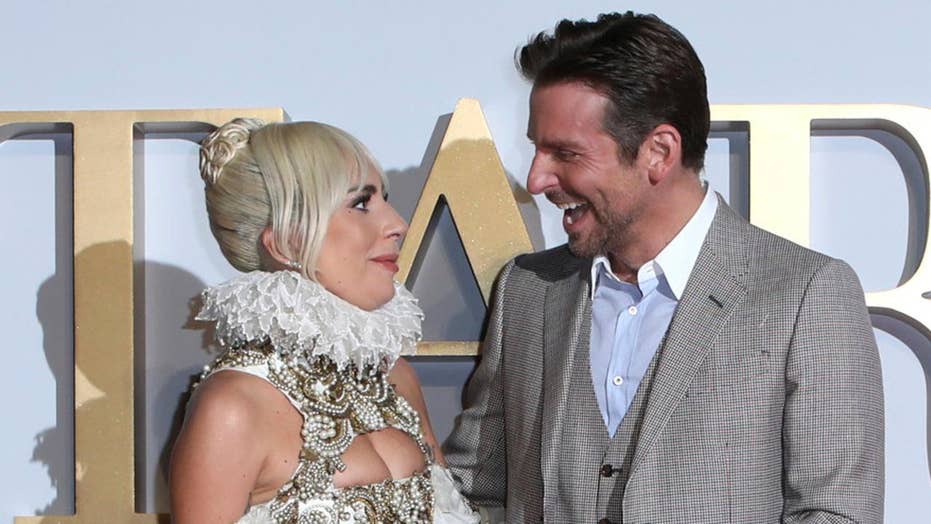 Oscar buzz for 'A Star Is Born'

Top Talkers: Following its debut weekend, some critics say Bradley Cooper and Lady Gaga are the team to beat at the Academy Awards.

Shooting may be long wrapped on “A Star Is Born,” but Lady Gaga has found a way to keep her costar Bradley Cooper close.

In several of the film’s pivotal scenes, Cooper’s character Jackson Maine wears a taupe button-up shirt that Gaga’s character Ally eventually inherits — and that Gaga herself wound up keeping after the film was done.

“I just wanted to have a piece of him with me,” the 32-year-old singer and actress told Variety, even posing in the shirt for her interview’s cover shoot.

Gaga also swiped a couple of other props from the set, including Ally’s songbook and a bottle of Mr. Bubble from a bathtub scene. “This is very precious to me. These are heirlooms, or they will be heirlooms one day,” she explained.

The pop star, who is engaged to her manager Christian Carino, even hopes to bestow the gifts on her future children. “They are things I will want to show my little girl or little boy and say, ‘Here they are. You can touch them,'” Gaga said. “I want them to have a close, tangible, poetic experience with the film the way I have.”