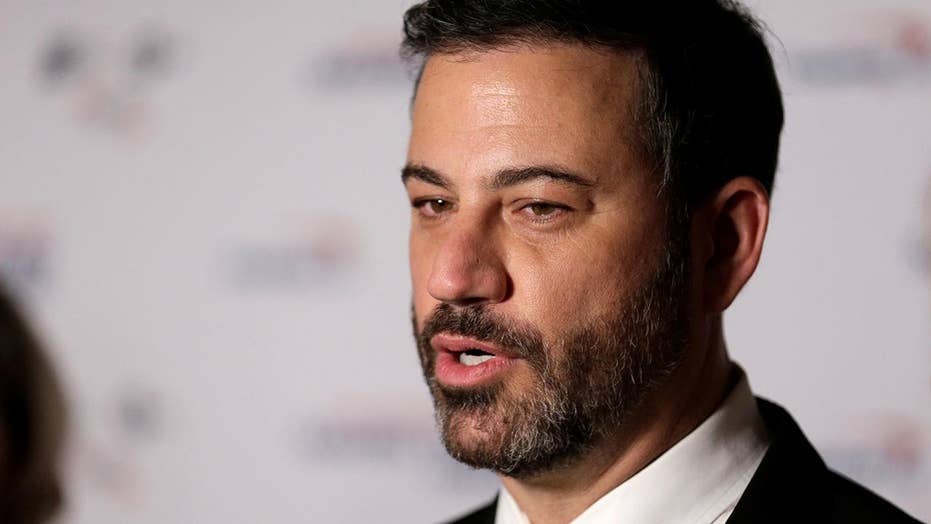 Late-night star says talk show hosts are liberals because that requires a level of intelligence; reaction and analysis from Fox News contributor Judy Miller and Joe Concha, media reporter for The Hill.

Why are so many late-night talk-show hosts liberal? Just ask Jimmy Kimmel.

“Because it requires a level of intelligence,” Kimmel, host of ABC’s “Jimmy Kimmel Live,” told an audience Saturday night.

The occasion was an episode of “Pod Save America,” an openly progressive podcast created by former Obama administration officials Jon Favreau, Jon Lovett and Daniel Pfeiffer.

It describes itself as “a no-bulls--- conversation about politics that breaks down the week’s news and helps people figure out what matters and how to help.”

“Really? Because Kimmel's a host and is stupid enough to think political party is a proxy for intelligence. Tribalism makes people dumb,” Shoshana Weissmann wrote.

National Review magazine columnist Dan McLaughlin tweeted: “This is what Kimmel, a college dropout, really thinks of anyone who isn't liberal & watches his show.”

“That moment when Jimmy Kimmel called half the country (and his potential audience) unintelligent,” Josh Jordan wrote.

‏Kimmel has long attacked Republican-minded people, saying last year that he would not be too upset if Republican-leaning viewers stopped watching his show over his views on health care and guns.

“As a talk show host, [losing viewers is] not ideal, but I would do it again in a heartbeat," Kimmel told CBS.

"I don't say I don't mind. ... I want everyone with a television to watch the show. But if they're so turned off by my opinion on health care and gun violence, then I don't know, I probably wouldn't want to have a conversation with them anyway," he added. "Not good riddance, but riddance."

Schumer reportedly “provided technical guidance and info about the bill, as well as stats from various think tanks and experts on the effects of [the bill].”