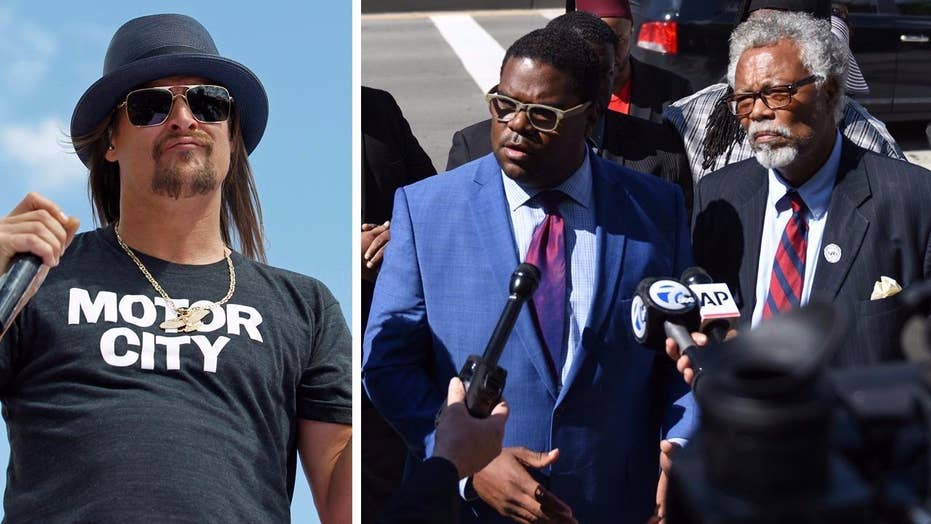 Kid Rock will perform the opening concert at Detroit's new sports arena Tuesday night despite a planned protest from a civil rights group.

The musician opens the Little Caesars Arena Tuesday night after two months of teasing a potential Republican run for U.S. Senate in Michigan.

The National Action Network plans a protest because of Kid Rock's past display of the Confederate flag during performances and his criticism of black former NFL player Colin Kaepernick for refusing to stand during the national anthem. Kid Rock's real name is Robert Ritchie.

The musician's publicist said Rock will give fans exclusive insight on his political views and aspirations following his first song at Tuesday night's concert.

The arena is the new home for the NHL's Red Wings and the NBA's Pistons.

The "All Summer Long" singer addressed his critics in a lengthy Facebook post Monday telling his fans to "pay no attention to the garbage."

He called the criticism a distraction from his possible Senate run.

"They are trying to use the old confederate flag BS, etc. to stir the pot, when we all know none of this would be going on if I were not thinking of running for office."