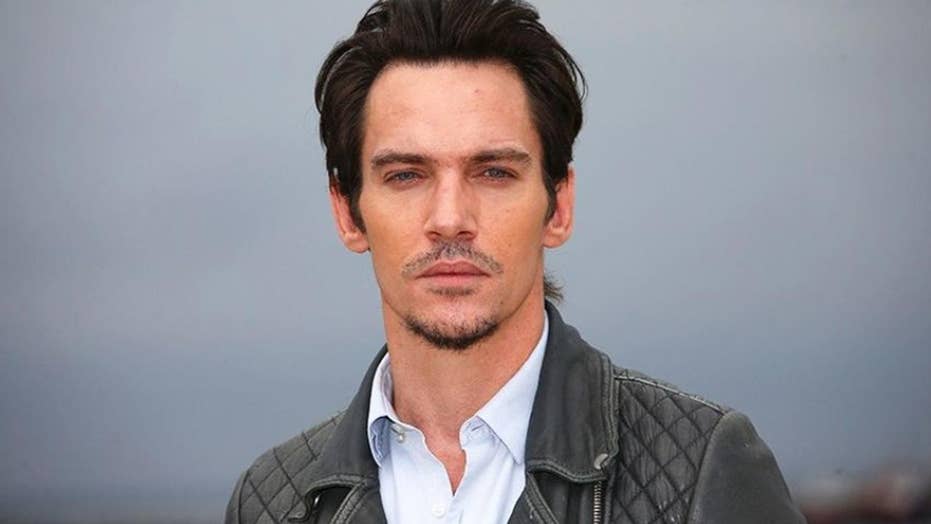 Hollywood Nation: Troubled 'Tutors' star was detained by police after a flight from Miami to Los Angeles for vaping on the plane.

Jonathan Rhys Meyers has nothing but compliments for his wife, Mara Lane, following their midflight domestic dispute earlier this month.

“Oh, my wife is a superior woman. She’s incredible,” the former “Tudors” star told People after being asked if Lane helped him with his addiction struggles. “Yeah, incredible. I couldn’t be luckier.”

Rhys Meyers was detained following his and his family’s flight from Miami to Los Angeles because he and Lane were engaged in a “domestic dispute.”

Lane addressed their flight fight in an Instagram post after, sharing that her husband had been receiving holistic treatment for anger issues.

“8 months of sobriety and an unfortunate day of airline travel. We were in South America specifically working holistically through anger issues that result in these kinds of episodes,” she wrote. “When in it… he is not in a frame of mind where he can really even comprehend the repercussions and necessary response to his own actions.”

The “Vikings” actor also addressed his sobriety, saying, “Most of the time I handle it pretty well.”

“But, every so often you make a stupid mistake,” he said. “But living life in the public eye is very different. Remember, I’ve been an actor for 25 years and the whole world has changed enormously since I’ve started becoming an actor. It’s very, very difficult to be left alone.”