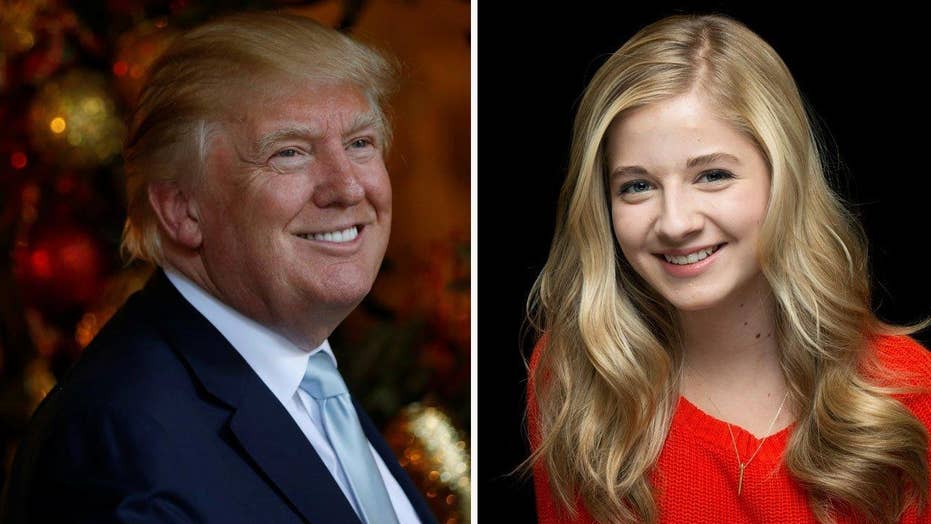 After Donald Trump’s team announced Jackie Evancho would perform at his inauguration on Jan. 20, the opera singer’s Christmas album went to No. 1 on the Billboard Classical Chart and her record sales doubled.

So why are some media outlets looking for seemingly any other reason for Evancho’s overnight turnaround?

Responding to Trump’s tweet that Evancho's album sales had "skyrocketed," the Associated Press suggested Evancho's boost was instead because "holiday albums tend to sell particularly well during the holidays."

Meanwhile Billboard suggested her performance on NBC's "America's Got Talent: Holiday Spectacular" on Dec. 19 and Dec. 29 was a main contributor.

"Of course, Trump had impact," Dan Gainor, vice president of business and culture at Media Research Center, told FOX411. "The media wouldn't give credit to Trump if he personally cured cancer, discovered alien life and fed all the world's hungry."

Scott Pinsker, a branding and communication expert, claimed no matter how Trump does, the media has an inherent bias against the business mogul.

"Of course there's an intense media bias against Donald Trump, and of course the mainstream media will be more hostile to Trump than they ever were to President Obama," he told us. "Even Trump's most innocuous statements, like crediting the free publicity Ms. Evancho received from the inaugural announcement for boosting her sales, is going to be twisted and contorted to fit the media's anti-Trump narrative."

Former TV network executive Scot Safon told FOX411 that Evancho's boost in album sales goes back to the old adage that all publicity is good publicity.

"Any time an album's sales 'skyrocket' there are a lot of reasons for it, but being referenced a lot in the news cycle is a great way to remind people you have an album out there,” Safon said. “I think that anything that put her in the news helped move her music and the inauguration announcement certainly did that."

Even Evancho’s publicists acknowledged the Trump bump, saying that after the announcement, her client was besieged with record offers.

“Three record labels were suddenly courting her,” Kim Jakwerth told the New York Post. “The contract could be announced next week.”

The AP reported the 16-year-old sold 7,206 albums the week ending Dec. 15. The announcement that Evancho would sing the National Anthem at the inauguration was made on Dec. 14. The next week she sold 13,788 albums, and the following week she sold 11,096 albums, ending on Dec. 29.