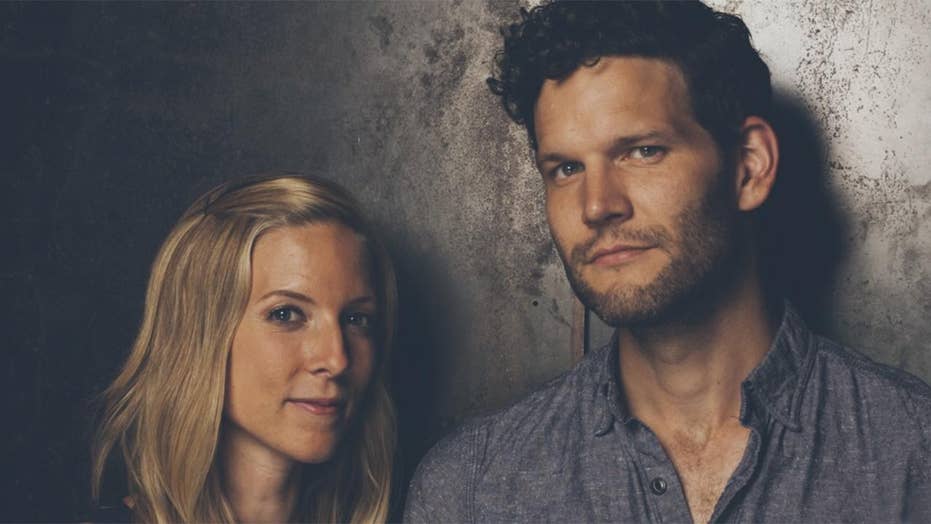 Christian band Out of the dust inspired by split, remarriage

Chris and Stephanie Teague inspired to form Christian band Out of the dust after divorce, remarriage

NEW YORK – Chris and Stephanie Teague of Out of the Dust's love story began when they met on a high school missionary trip.

Stephanie was 16 and Chris 17 when she spotted him playing guitar across the room.

"From then on it was just an instant connection and we started dating and we were talking marriage within a few months of being together," she told Fox News. "We were crazy seniors in love very early."

Several years later, the pair married while in college but a few years into their marriage things took a dark turn.

"I began feeling doubt about my belief in God," Chris told us adding he eventually began to question if God existed. He said he hid his doubts from Stephanie and everyone around him.

"That was a recipe for disaster," he said admitting "there were a lot of temptations surrounding" him in college.

"I'd gotten into drugs, alcohol and parties and all of that," he said.

After three-and-a-half years of marriage, Chris decided to file for divorce.

"Divorce was something that I never, ever would have imagined was going to happen but for whatever reason the Lord, he didn't leave me," Stephanie told us of staying strong as her life crumbled around her. "I could trust [God] even in the midst of the most awful thing I've been through...I physically felt his presence with me."

Stephanie's heartbreak didn't last long as Chris rediscovered his faith and begged her to take him back.

"God used [my] broken heart to move in and begin to show up in ways that I couldn't deny and he told me to pursue Stephanie again," Chris said of finding his way back to God.

After the pair remarried, they decided to start a band in hopes their story and music would help others.

"We realized we have a story, something that we feel responsible to tell, something we feel like we have to tell, to give people hope for what they're going through," Stephanie said.

Chris explained the inspiration for their music is the "restoration of not just our marriage, but of our lives in Christ and we want to present that and really write about it in a way that resonates with everyone."

Watch the exclusive premiere of Out of the Dust's music video for "How to Love."