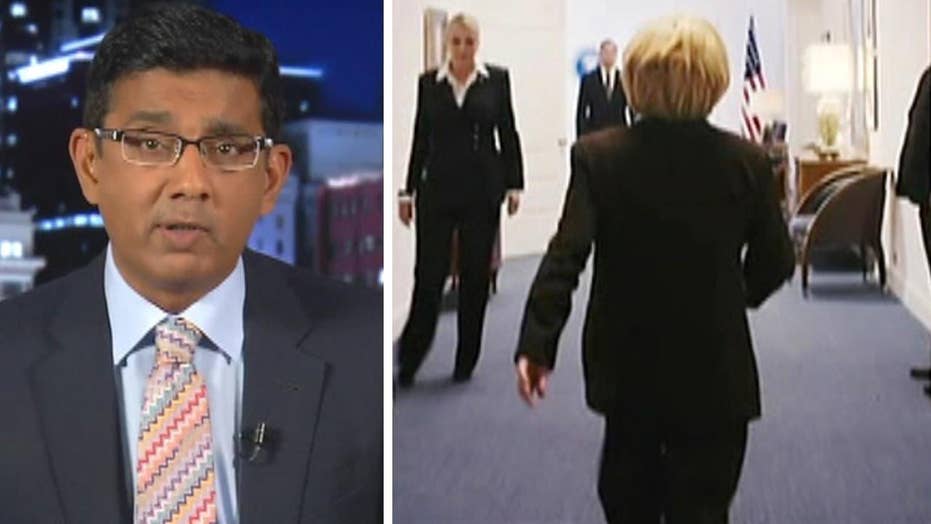 Documentary explores the history of the Democratic Party; Filmmaker speaks out on 'The Kelly File'

Dinesh D’Souza’s “Hillary’s America: The Secret History of the Democratic Party," was re-released in over 400 theaters this past weekend after already becoming the top-grossing documentary of 2016 by pulling in $5.2 million in its first 12 days.

And while critical of the Democratic Party's nominee, D’Souza told FOX411 if the election were held today, Clinton would most likely win.

“I think if the election were held today, Hillary would win,” he explained. “But paradoxically enough I believe this is Trump’s election to lose. Just as I thought it was Romney’s election to lose four years ago, he lost it. Trump is running a more daring campaign. He is going where previous Republicans have not gone.”

The filmmaker shared three things that that Donald Trump would need to do to win the 2017 election.

“Number one, he needs to expose the Democratic Party as the party of bigotry and exploitation—that strips away the moral capitals from the Democrats. He needs to expose Hillary as being fundamentally a racketeer and a crook; this distinguishes Hillary from Obama. Obama is an ideologue, but the Clintons are essentially scam artists—they treat public policy as something that is up for auction. The third thing Trump needs to do is convince the American people that he is not reckless and he can be a statesman. This is not a critique of Trump. Reagan had to do the same thing.”

D’Souza credits the re-release of the film to the tenor of the current campaign.

“The re-release is being driven by consumer demand but also by the fact that the election is heating up right around the issues that are discussed in the movie,” he said. “Part of it is that Trump has not only focused his attack on the Democratic abuse and exploitation of the inner cities, but he has also indicted the Democratic Party as the party of slavery and segregation and oppression. And these themes are right out of ‘Hillary’s America’ the book and the movie.”