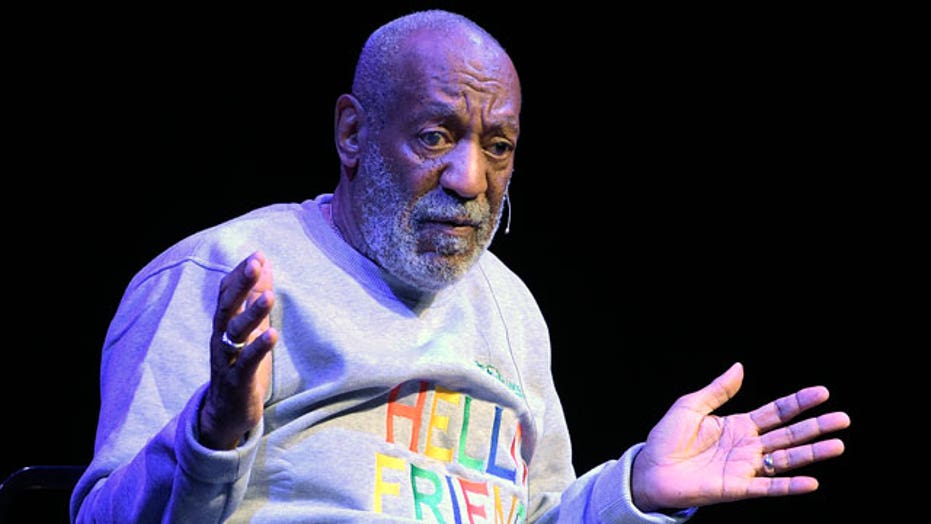 Woman: Cosby abused me when I was 15

LOS ANGELES – Three women who claim they were sexually victimized by Bill Cosby appeared alongside attorney Gloria Allred at a Wednesday afternoon press conference in Los Angeles, Calif. They were just a few of the many, many women Allred said have contacted her.

Allred proposed two options for Bill Cosby to address the multiple accusations that he drugged and/or sexually assaulted scores of women over the past several decades.

"The public deserves to know if Bill Cosby is a saint or a sexual predator," Allred stated. "This way, the truth will emerge."

The second option would be for Cosby to place $100 million in a fund and allow alleged victims to have their cases heard by retired judges, who would act as arbitrators and determine the amount -- if any -- of financial compensation for each accuser.

"It is time for justice and accountability," Allred said.

Three women there with Allred also spoke from prepared statements. Two had not previously come forward publicly. One had been an unnamed Jane Doe in a previous settled civil suit.

Alleged victim Helen Hayes said that she had an encounter with Cosby in 1973 at the Clint Eastwood Celebrity Tennis Tournament in Pebble Beach, Calif. in which he followed her around for several days and eventually reached from behind and groped her in a bar.

"His behavior was like that of a predator," Hayes said.

A second accuser, Sholan, told the press that she met Cosby when she was just 17 in Las Vegas and he said that he would introduce her to agents from the Ford Modeling Agency. She claims that he gave her an "antihistamine," but in his room of the Hilton hotel she felt him lunging onto her.

"I couldn't move or say anything," Sholan continued, adding that she soon blacked out and woke around sixteen hours later to Cosby clapping his hands for her to wake up and offering her $1,500.

Another accuser, Beth Ferrier, claimed she was an aspiring model and actress in the 1980s who had an extra marital affair with the famous figure. After ending the relationship, he allegedly invited her to see his stand-up show in her hometown of Denver, Col.

There she claims she "lost consciousness" after drinking a cappuccino he made for her backstage after the show, waking up several hours later in her car, her clothes a mess. She was prepared to testify against Cosby to support another woman's 2005 lawsuit claiming sexual assault by Cosby in Pennsylvania. However, he settled that lawsuit before it went to trial.

The press conference came a day after a sexual battery lawsuit was filed by Judy Huth, a Southern California woman who claims the comedian molested her in a bedroom of the Playboy Mansion around 1974 when she was 15 years old.

Huth's lawsuit states she became aware of the psychological damage the incident recently. Under California law, adult victims who suffered childhood sexual abuse can file lawsuits within three years of when they discover the abuse caused significant psychological trauma.

In all, 22 women have accused Cosby of drugging and sexually abusing them. Cosby's attorney, Marty Singer, did not respond to AP's requests for comment on Wednesday, though Cosby's attorneys previously have issued statements characterizing some of the claims as previously discredited and others as untrue.

Cosby, 77, has steadfastly refused to answer questions about the sex abuse allegations. Singer has denied some of the accusations and said several of the women accusing Cosby have been discredited, but none of the claims have been tested in court.

Since the most recent allegations arose, NBC has scrapped a Cosby comedy that was under development, TV Land stopped airing reruns of "The Cosby Show," and Netflix postponed a Cosby standup special. Numerous dates on Cosby's tour have been canceled. One North Carolina school removed the entertainer from an advisory board; another stopped awarding an online scholarship in Cosby's name. Cosby also resigned from Temple University's board of trustees on Monday, saying he "wanted to do what would be in the best interests of the university and its students."