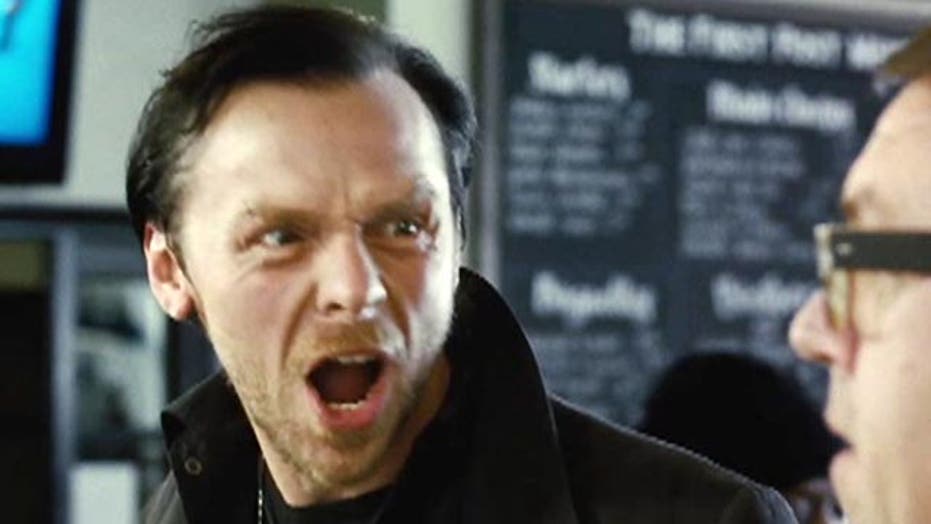 'The World's End' now yours to own

The holidays are almost here! New DVDs and albums can make for great gifts. Here are the new release you should keep an eye out for while you're doing your holiday shopping:

1. “The Ultimate Three Flavors Cornetto Trilogy,” $22.99
Fans of the “Cornetto” trilogy can now own all three films as Simon Pegg, Nick Frost, and director Edgar Wright offer “The World’s End” on various formats. The film follows lifelong friends who go back to their hometown for an epic pub crawl, and find they have much more to conquer than just reaching that final pint. The flick is also being packaged with “Hot Fuzz” and “Shaun of the Dead” on “The Ultimate Three Flavors Cornetto Trilogy” for collecting and gift-giving.

3. “We’re the Millers,” $22.99
For the comedy lovers, find Jason Sudeikis and Jennifer Aniston in “We’re the Millers” as they lead a unique road trip comedy about a fake family smuggling drugs across the border.

4. “All is Bright,” $26.98
Also offering an off-beat comedy road trip are Paul Rudd and Paul Giamatti in “All is Bright” starring as Canadian ex-cons turned New York City Christmas Tree salesmen looking to turn their lives around.

5. “Planes,” $16.96
For a family friendly adventure, Dane Cook is the famous voice leading the way in “Planes” as a crop-duster named “Dusty” following his big dreams of air racing.

1. Phillip Phillips' latest, $9.51
“American Idol” winner Phillip Phillips sends out a re-pack of his album “The World From the Side of the Moon” with three new live tracks.  Phillips told FOX411 it’s marking a milestone, “Kind of like a year anniversary thing. It’s going to have three songs, live versions, a little bit different from how they sound on the studio [recording] and it's really fun and it’s cool for the fans, and I want to really get that out there as a live act for people to come see shows and experience what I feel when I'm playing the music. It’s really just for the hardcore fans out there and for them to enjoy something new."

Phillips has been busy on the road and is gearing up for another run, “I just got off tour with John Mayer for the summer and that was amazing.  Now I’m about to start back with him for the winter tour for the end of November to the end of December. I’m excited. John is a great guy and his show is amazing, the crowds have been awesome.”

After that, he tells us there will be new music. He says he’s "slowly working on a new album, just writing a lot, and I want to try to have an album out by the spring or summer… definitely to tour for the summer.”

3. Dierks Bentley teams up with The Grascals, $8.99
The Grascals are also releasing their 8th studio album “When I Get My Pay” featuring the famous country vocals of guest star Dierks Bentley.

Make sure to click the video for more about the new releases.