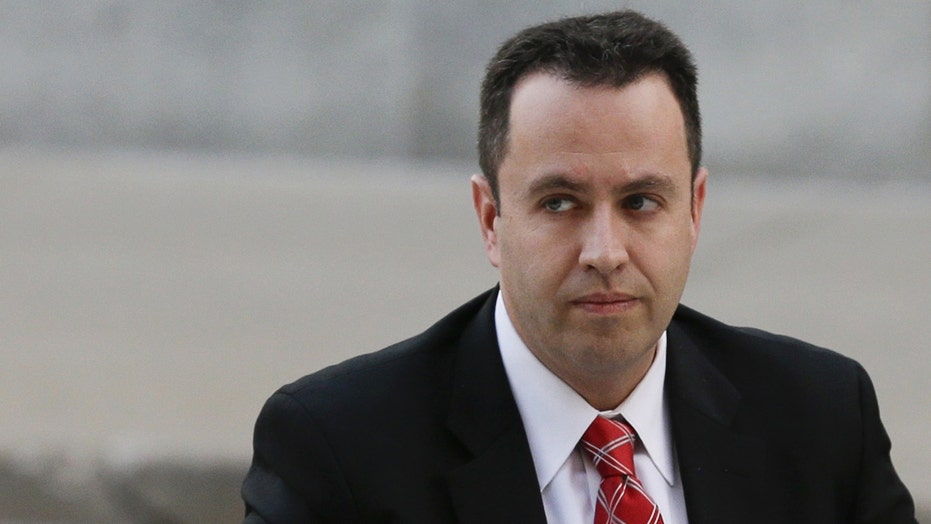 Fox411: Jared says theyre to blame for his victim's problems, not him

The family of one of Jared Fogle's victims in the child pornography case that led to the former Subway pitchman's imprisonment is dropping their lawsuit against him.

A motion filed Thursday in federal court in Indianapolis requested that the lawsuit be dismissed with prejudice, meaning it cannot be brought back to court.

Attorneys for the girl in March sued Fogle, the former head of his anti-obesity charity, Russell Taylor, and Taylor's wife. Prosecutors said Taylor used cameras hidden in his Indianapolis-area homes to secretly film minors and shared some images with Fogle.

Ron Elberger, one of the lawyers representing Fogle, tells The Indianapolis Star he's "pleased" with the dismissal and that there was no settlement between the parties.

The girl's attorney, Mike Stephenson, declined to comment on the decision, telling WRTV only that the court filing speaks for itself.

Fogle, a 39-year-old former suburban Indianapolis man, was sentenced last year to more than 15 years in prison after pleading guilty to distributing and receiving child pornography and traveling out of state to engage in illicit sexual conduct with a minor. Fogle has paid restitution to 14 victims, but they can still sue him for additional money.