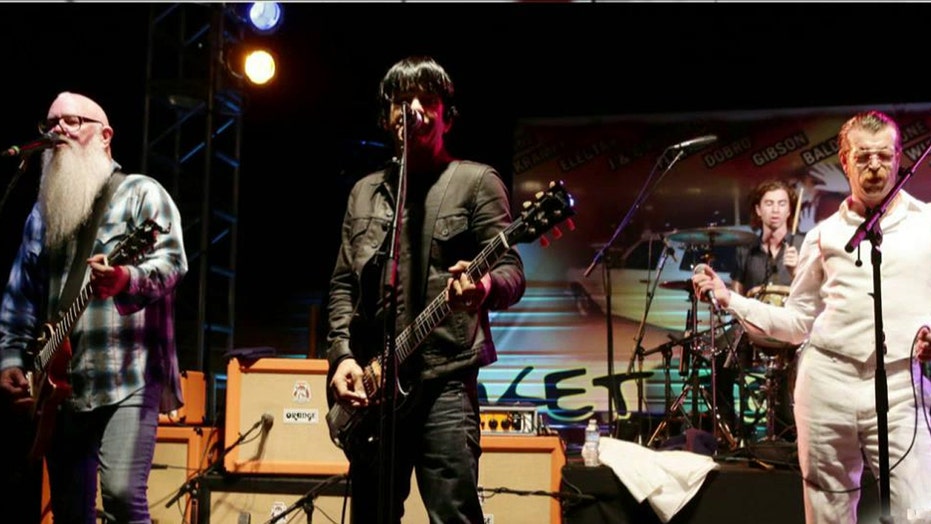 The members of the American rock band Eagles of Death Metal were able to escape the Paris concert venue where their performance was interrupted by a terror attack that killed dozens of concertgoers.

The precise number of dead at the Bataclan concert hall in the eastern part of Paris has not been confirmed, but the latest estimates from city officials estimated that at least 87 people were killed by gunmen who sprayed bullets into the crowd, then began slaughtering those who had been unable to escape.

A U.S. official confirmed to the Associated Press that all members of the band were safe and accounted for. The Los Angeles Times, citing someone close to the band, also reported that the band members were unharmed, but one person working with the band was killed and another was wounded.

A man identified as Michael Dorio, the brother of the band’s drummer Julian Dorio, told WSB-TV in Atlanta that his brother had escaped the theater.

"He said they were playing, about six songs into the show, and they heard, before they saw anything, they heard automatic machine gunfire. And it was so loud, it was louder than the band, and they all hit the stage floor,” the man identified as Michael Dorio told WSB. “And as they got up to try to evacuate they saw men with machine guns just shooting anything and everything in the venue.”

"Fifteen hundred people, Julian said, was about the capacity of the venue. I don't know if it was seated or standing but Julian, the lead singer and some of the crew, there was a door back of the stage that led to a street and they flew out the back door," he said.

Julian Dorio’s wife told The Washington Post that her husband and other band members made it out alive.

"We are just holding our breath and saying prayers for everyone," Emily Dorio said. "[Julian] called to say that he loved me and he was safe. Everyone on stage was able to get off."

Earlier reports said the concert’s opening band at the Bataclan assured fans on its Facebook page that the Eagles of Death Metal band members were outside when the attacks occurred and escaped.

The Eagles of Death Metal was formed by musicians Jesse Hughes and John Homme and features a revolving lineup. Homme is reportedly not on the band’s European tour.

Fox News' Blanche Johnson and the Associated Press contributed to this report.