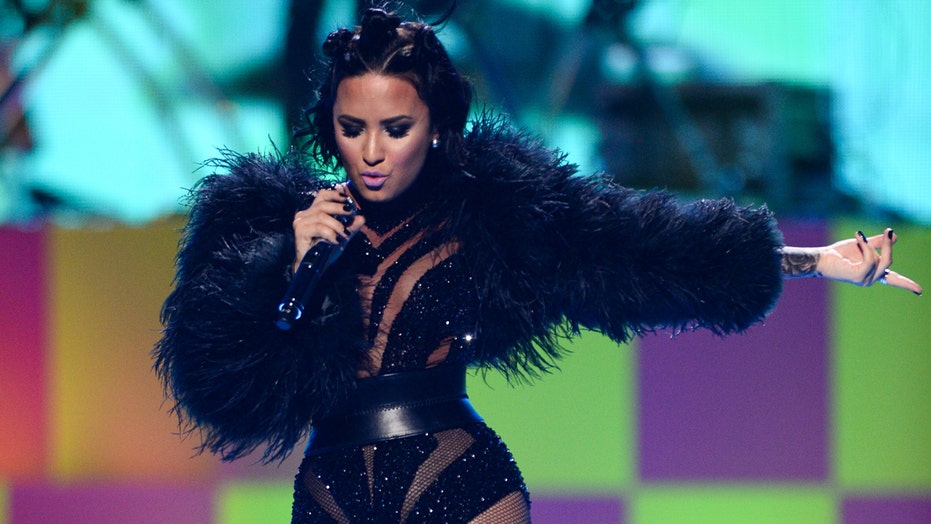 Demi Lovato showing too much skin?

Four4Four: Demi's controversial photoshoot, sexy Carl's Jr. ads, and is 'The Simpsons' coming to an end?

A lighter 'do for Demi.

On Sunday night, Demi Lovato took to Instagram and Instagram Stories to show off her new blonde locks to her fans.

The "Confident" singer, who is currently in Mexico on her Future Now Tour with pal Nick Jonas, showed off her new hair in a series of pics and clips.

WATCH: Demi Lovato Slams Taylor Swift's Squad for Not Having 'Normal' Bodies: 'It's Not Realistic'

"Goldie locks," Lovato captioned one photo of the bold look, not revealing whether she'd actually dyed her hair or was simply wearing a lighter wig.

After the tour's North American dates wrap in December, Lovato only has one performance in February in Dubai left on her schedule.

The former Disney star recently revealed that she will be taking some time off from her music career in 2017. After slamming Taylor Swift and her supermodel squad in Glamour magazine earlier this month, Lovato took to Twitter to announce her hiatus.

"So excited for 2017," she wrote. "Taking a break from music and the spotlight.. I am not meant for this business and the media."

MORE: Demi Lovato Is 'Taking a Break' From the Spotlight in 2017 Following Taylor Swift Shade

When one distraught fan asked her what sparked this decision, she replied, "Dunno. It doesn't feel worth it anymore. I'd rather do charity work tbh."