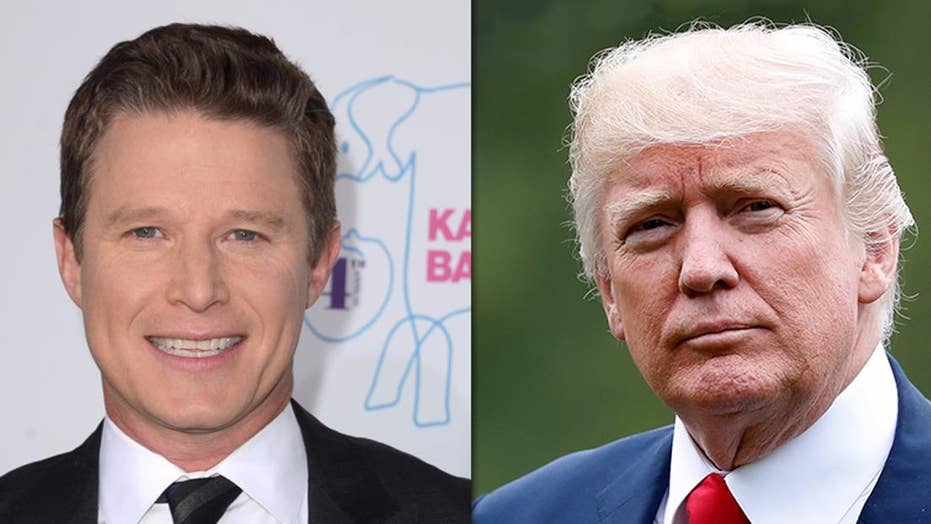 Billy Bush: 'Of course' it's Donald Trump's voice on tape

Billy Bush is opened up about Matt Lauer's firing and rebuilding his life after the fiasco that led to his own ouster from the "Today" show in 2016.

Bush said he's been in touch with his former "Today" colleguage Lauer, who was fired by the show after numerous allegations of sexual misconduct in November 2017.

“He texted me and asked about some of the self-help books I’ve been reading,” Bush told People magazine. “I told him, ‘Start here.’ ”

He said though he had a tumultuous relationship with Lauer, he wasn't happy to see the anchor's scandal unfold.

“Maybe at one point there was part of me that [felt like] if someone else got [in trouble], I would be like, ‘Now who’s the bad guy?’ ” Bush said. “But I took zero pleasure in it. And I’m grateful for that. Let those who transgressed be held accountable. I felt for the women involved and for his wife.”

The TV personality told People magazine he was displeased with Lauer back in 2016, when "Today" fired Bush.

Billy Bush said though he had a tumultuous relationship with Matt Lauer, he wasn't happy to see the anchor's scandal unfold. (AP)

On Oct. 7, 2016, Bush was heard on a years-old "Access Hollywood" recording with Trump discussing women in a lewd manner.

"In one of my resolute moments, I said if I ever speak to [Lauer], I’m going to tell him that I was let down. Many months later, he called me and I addressed it. He assured me that he [fought for me] in private. I accepted it.”

Of the release of "Access Hollywood" tape, the 46-year-old said, "I was ashamed and embarrassed. And then I went through stages of grieving because I lost my career. For a man, that’s the ultimate degradation."

However, the father of three daughters is taking responsibility in the role he played in the tape heard around the world.

"I have done so much self-help work. There is a term for what I did. It’s called bystander abuse. It says by not doing anything you are endorsing the moment. I have to live with that," said Bush.

Additionally, the former broadcaster says he would never want his daughters treated in a degrading manner.

"I have three daughters. They are going to be in the workplace one day. I want them to be paid equally, I want them to be treated well and when they walk out of a room I don’t want to ever hear anyone talking behind their back in a degrading way," explained Bush.

Although, he has gone through a difficult 15 months Bush claims he has learned a great deal.

"I had some growing up to do anyway in life," said Bush. "I did so much exploring and figuring out. I’m a deeper person. And I’m happy about using my knowledge for a good purpose.”