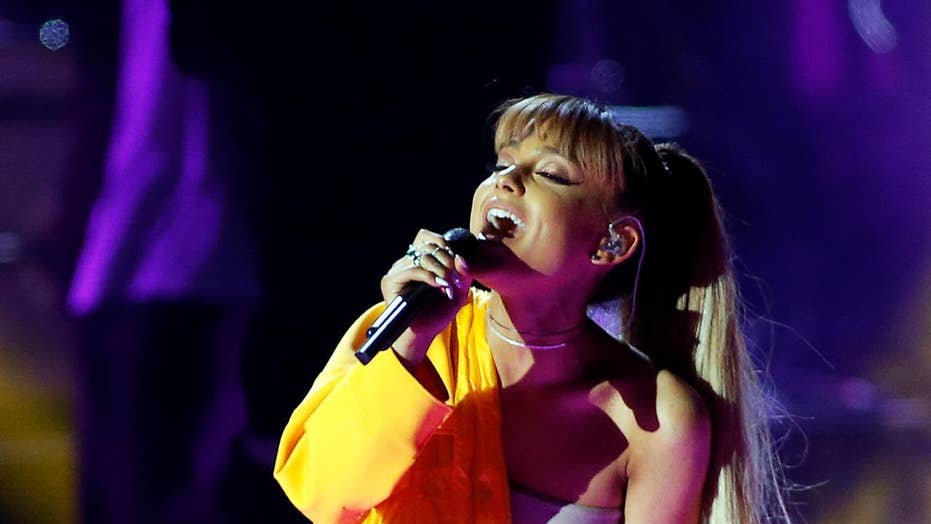 Highlights from Ariana Grande’s ‘One Love Manchester’ benefit concert. It includes appearances by Justin Bieber, Katy Perry, Miley Cyrus, Liam Gallagher, and others to raise money for victims of the terrorist attack on her concert last month

Ariana Grande will become an honorary citizen of Manchester, officials say, because of her response to the deadly concert attack in May.

City council leader Richard Leese proposed the move, describing the 23-year-old singer as "a young American woman for whom it would have been understandable if she never wanted to see this place again."

He said instead, Grande "brought comfort to thousands and raised millions" for an emergency fund when she returned to headline the One Love Manchester benefit concert in June.

In this Aug. 26, 2015 file photo, Ariana Grande performs during the honeymoon tour concert in Jakarta, Indonesia. Authorities in Costa Rica said on Monday, July 10 2017 they have arrested a 22-year-old Colombian man suspected of threatening to stage an attack at a concert by pop singer. (AP)

Other council officials in the northwest English city voted Wednesday to back the proposal.

Bomber Salman Abedi killed 22 people on May 22 when he detonated a bomb at the Manchester Arena at the end of a concert by Grande.

Meanwhile, Grande's concert on Sunday in Costa Rica caused concern when a 22-year-old Colombian man was accused of threatening an attack. On Tuesday, he was released by authorities but has been barred from leaving Costa Rica.