He couldn’t hold it, and she was pissed.

An Uber driver was caught on video peeing into a bottle while driving a passenger around on Monday night.

Raichelle Carter was taking an Uber Pool ride, but was alone in the car when she caught the driver trying to surreptitiously sprinkle into a bottle while she was in the back seat of his minivan, she told The Post.

“I had my headphones in and was just trying to chill and unwind, and then I notice that we stopped moving. Then I see him unbuckling his pants and hear urine hit the bottle,” Carter fumed of the Monday night incident.

“I was raised with males. But when I’m sitting there in a car with him in a minivan that he operates the doors to, I’m a sitting duck wondering what’s happening to me.”

Carter, 28, who is the executive chef at Paint ‘N Pour, whipped out her phone and recorded video of the guy urinating. The video doesn’t show the act, but the tinkling is clear in the audio.

She then confronted the driver. He complained to her that he’s been driving for an hour and a half and couldn’t hold it any longer. She laid into him, telling him it was no excuse for peeing in a bottle with a passenger in the vehicle.

“That s–t don’t have nothing to do with me,” she rails to him in the video. ”You could have gone to the bathroom, bro. Outside. You are a f—king man.”

Uber officials said they banned the driver, whose named popped up as Avraham on Carter’s app, from the platform.

“This is completely inappropriate and a clear violation of our community guidelines,” said an Uber spokeswoman. “The driver’s access to the app has been removed.” 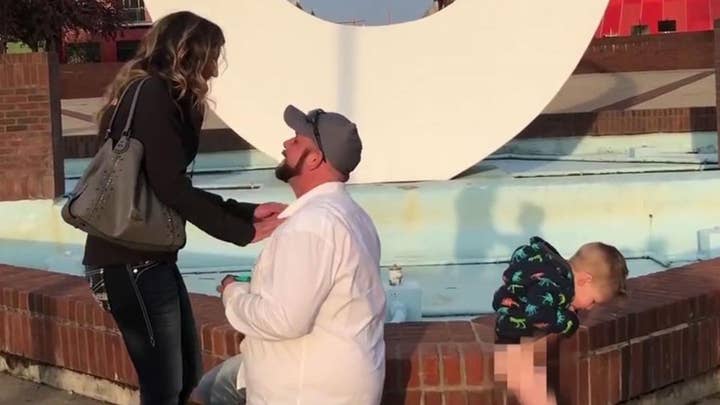 Taxi and Limousine Commission officials acknowledged that it can be hard for drivers to find the time and a place to urinate while on the job, but also pointed out that he could have used one of the 19 relief stands set up for TLC workers in Manhattan.

“The driver unquestionably used poor judgment in his desperation, and this is not condoned in the TLC’s rules,” said agency spokesman Allan Fromberg.

“The practical truth, however, is that despite the existence of 19 FHV relief stands in Manhattan alone, bathroom access is a real problem for drivers resulting in real health risks, and we encourage restaurants and other establishments to make their facilities available to drivers in need.”

Fromberg also encouraged Carter to report the driver directly to the TLC so the agency can investigate.

Carter, who has been a loyal Uber customer, said she won’t use the service anymore unless they can guarantee that this type of behavior won’t happen again.

“If they don’t make real strides to make me believe that this won’t happen to me or any female or person again, then no, I won’t be using Uber,” she said.