Ford has built an earth-shaking truck.

The 2020 F-250/350 Super Duty Tremor is a new off-road version of the big pickup to help it take on the Ram Power Wagon with a combination of rugged gear and tech.

And it’s powered by Godzilla.

The power rating for the 7.3-liter V8 has not yet been announced. (Ford)

At least it can be. The crew cab trucks will be offered with a choice of Ford’s all-new 7.3-liter pushrod-V8 codenamed “Godzilla,” or a 6.7-liter Power Stroke turbodiesel V8.

The Tremor gets a 2-inch front suspension lift and 35-inch tires that give it 10.8-inches of ground clearance and the ability to ford through 33 inches of water while improving its front and rear approach angles to keep it from getting stuck on the rocks.

For when you’re on them (or in the mud, sand, etc.), the package features an electronic locking rear differential paired with a limited-slip front diff for improved traction, along with a set of 1.7-inch diameter twin-tube shocks designed for long outings on the rough stuff. Skid plates and rock rails are included, just in case you still manage to push it too hard.

To make things easier, the Tremor is equipped with a low speed cruise control borrowed from the F-150 Raptor called Trail Control that allows for pedal-free driving at very low speeds and has a setting especially tuned for rock crawling in 4x4 low.

It's a very different truck than the last Tremor Ford offered, which was a single-cab version of the F-150 powered by a twin-turbo V6 and available with two-wheel-drive that was designed more for drag strips than dirt. 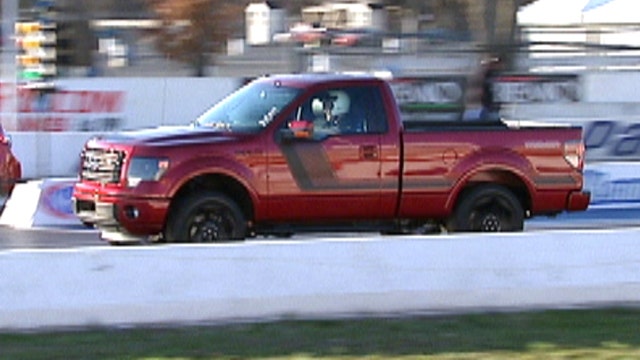 Pricing for the Tremor package has not been set, but it will slot in above the current FX4, so figure somewhere between $50,000 and the Ram Power Wagon’s $53,000 base price when it goes on sale later this year.