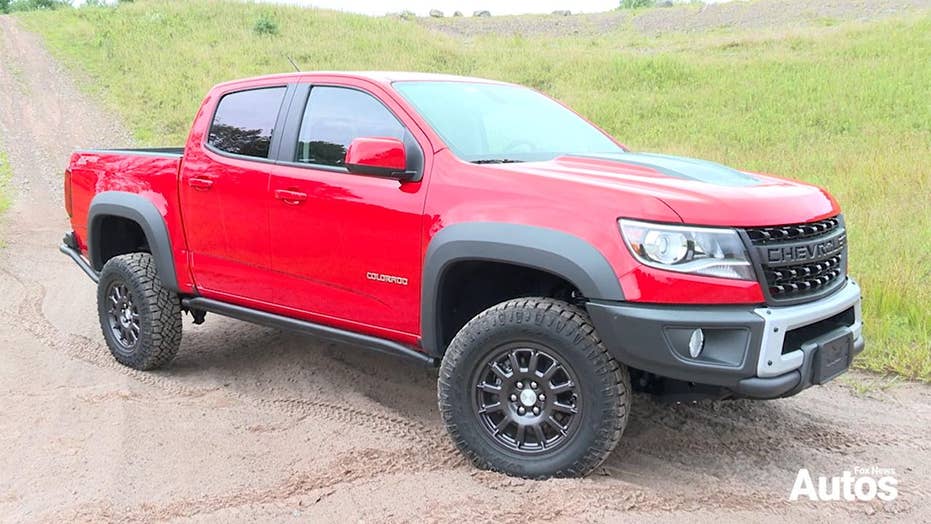 The limited edition Colorado ZR2 Bison is a collaboration between Chevrolet and off-road aftermarket parts specialist American Expedition Vehicles. Fox News Autos editor Gary Gastelu took it to the Monticello Motor Club to see what it can do in the dirt.

Do you enjoy driving modified trucks, but not putting a lot of effort into building them? Well, Chevy has just the thing for you.

It’s the Chevrolet Colorado ZR2 Bison, a pre-customized pickup designed for serious off-roading, or at least making you look like that’s what you do with it.

The special edition midsize truck is a collaboration with aftermarket parts outfit American Expedition Vehicles and marks the first time AEV has teamed up with an automaker to create a factory-installed package covered by the bumper-to-bumper warranty.

The $5,750 option includes a steel set of those with a winch mount in the front, wide black fender flares, unique black 17-inch alloy wheels, a CHEVROLET-branded grille and five boron steel skid plates, which are lighter but stronger than regular steel and protect all the important stuff underneath.

The whole kit and caboodle adds about 200 pounds to the ZR2, but spreads it out evenly so it doesn’t upset the balance of the truck, which is otherwise stock aside from AEV logo headrests and fitted, full-coverage rubber slush mats.

It’s a well-integrated package that you’d be hard-pressed to replicate with a la carte parts for the price -- especially if you hire someone to install them -- and amps up the ZR2’s already serious off-road chops.

The ZR2 went on sale in 2017 and is the most off-road capable vehicle Chevrolet has ever made. It has center, front and rear locking differentials, a two-inch lifted suspension and advanced Multimatic “spool valve” dampers that can handle just about anything that gets thrown at them, from high speed off-roading to rock crawling or even jumping several feet of the ground. The Bison’s official ground clearance of 8.9 inches doesn’t sound terribly impressive, but it’s measured under the suspension mounts, rather than in the center of the truck, where things are a little more lofty.

It’s available in extended cab and crew cab versions and with either a lively 308 hp 3.6-liter V6 or a 2.0-liter four-cylinder turbodiesel. The diesel provides improved fuel economy and is geared toward customers who tow or like to trek far into the wilderness. Both come with eight-speed automatic transmissions and manuals aren’t offered.

The ZR2 Bison would beat the Toyota Tacoma TRD Pro or Jeep Gladiator Rubicon in a 4x4 pickup pentathlon and is more refined than either on the road, but is missing high tech driver aids like automatic emergency brakes and adaptive cruise control. It’s interior also has too much hard plastic for a truck that starts at $48,145, but the control layout is spot on and you’re probably better off without the luxury if you’re actually planning to hit the dirt.

Then again, you might want to park it in the garage and never drive it. Chevrolet only made about 2,000 of them for 2019 and they went like hotcakes, so collector items they may one day be. Chevrolet truck marketing manager Sandor Piszar said they’ll do maybe a few more than that for the 2020 model year thanks to its popularity, but not too many more to keep it special.