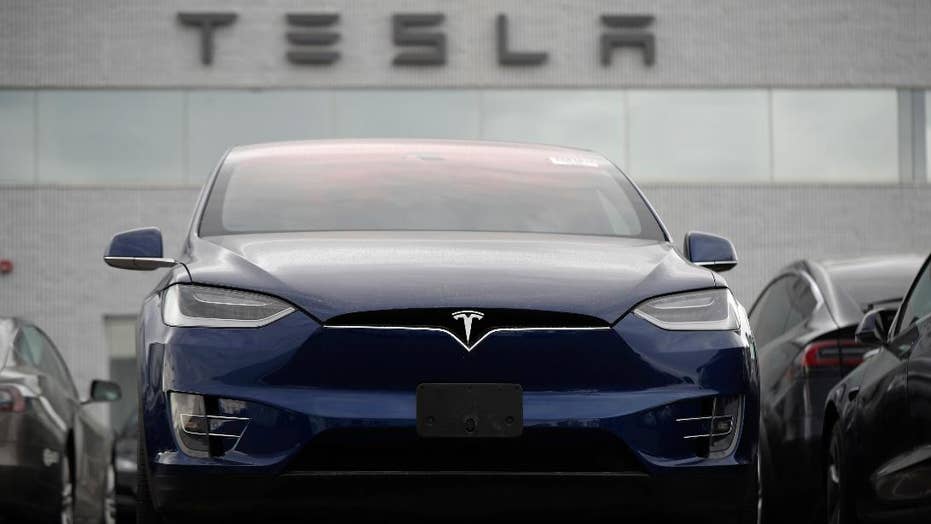 The pieces of Tesla’s Cybertruck pickup may be coming together.

A member of the CYBRTRK Owners Club fan forum has made a composite of the two teaser images of the upcoming electric truck that have been released so far to create a picture of what it might look like when it debuts on Thursday night.

Melded together, the shadowy renderings appear to depict the front of a truck with cab-forward layout and a windshield that continues to the bumper in a single plane without a traditional hood. A light bar stretches the full width of the vehicle and its tires and high ground clearance are visible underneath.

Tesla CEO Elon Musk has said the pickup’s design was inspired by the vehicles in the film “Blade Runner” and chose November 2019 to reveal it because that’s when the movie was set. He has also said it looks like an armored personnel carrier from the future, which the CYBRTK image supports.

The forum may have previously discovered a stick drawing of the vehicle hidden in its trademarked logo, the letters of which can be moved around to create an outline of a truck that looks very much like what the teaser composite illustrates.

The truck’s styling will be confirmed when it rolls onto the stage at SpaceX headquarters in Hawthorne, Calif. Technical details are still secret, but Musk has said it is aimed at delivering both the pickup capabilities of a Ford F-150 and the performance of a Porsche 911 and could have a base price of $49,000 when it goes on sale, likely not before 2021.