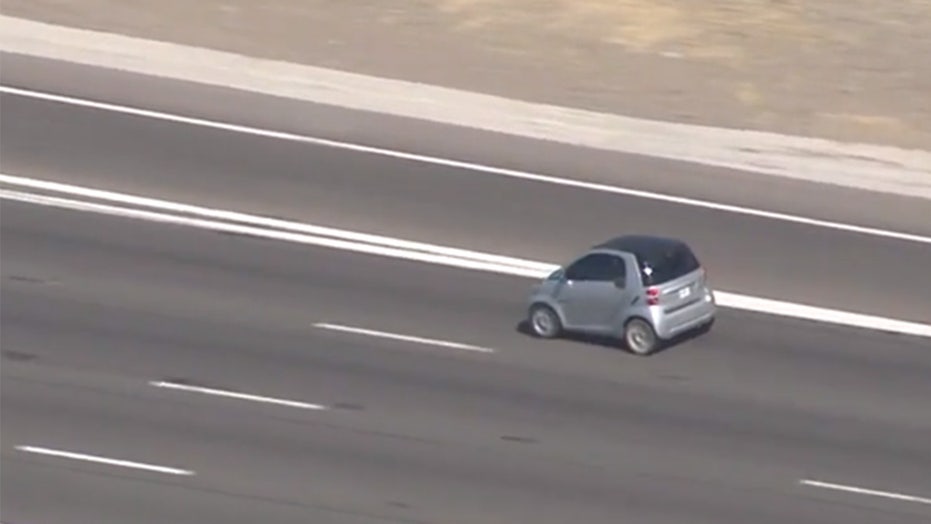 Police chased a silver Smart Fortwo microcompact car through the Phoenix area on Interstate 10 Wednesday morning as a news helicopter captured the pursuit.

Fox 10 reports that officers had responded to reports of a man screaming in a Gilbert, Ariz., Walmart parking lot, and that he refused to speak to them and drove off.

Police followed him and tried to get him to pull over, but he wouldn't stop and ran through several red lights as he continued on.

Police initially allowed the car to continue on its way, but eventually intercepted it and used a spike strip to slow it down, but had to do a pit maneuver to bring it to a stop.