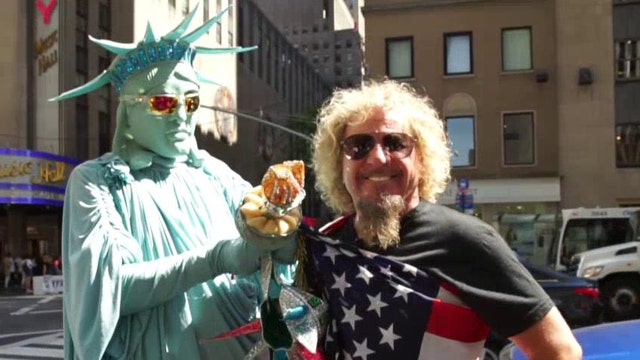 Sammy Hagar may be incapable of driving 55 mph, but that doesn’t mean he doesn’t care about the cops.

The Rock & Roll Hall of Famer is auctioning his 1970 Chevrolet El Camino to benefit the CHP 11-99 Foundation, which provides emergency funds to California Highway Patrol officers and scholarships for their children.

The two-door pickup car isn’t a numbers-matching gem, but the custom classic is equipped with a 454 V8, a cowl induction hood, three-speed automatic transmission and a set of Cragar wheels.

It was featured in a 2008 Motor Trend article about Hagar's car collection, and he’s apparently spent a lot of time behind the wheel since then because the new motor has 59,288 miles on it. It’s also been featured with Hagar on TV and in several photoshoots.

Offers for the car are being accepted by e-mail and the minimum bid is $55,000, which is a fair amount more than a typical El Camino is worth. Still, they’re not often sold by celebrities for charity, and this one comes with a guitar and autographed bottles from Hagar’s mezquila and rum brands.

Bids are being accepted through Sept. 25, and the winner will be announced the following day.