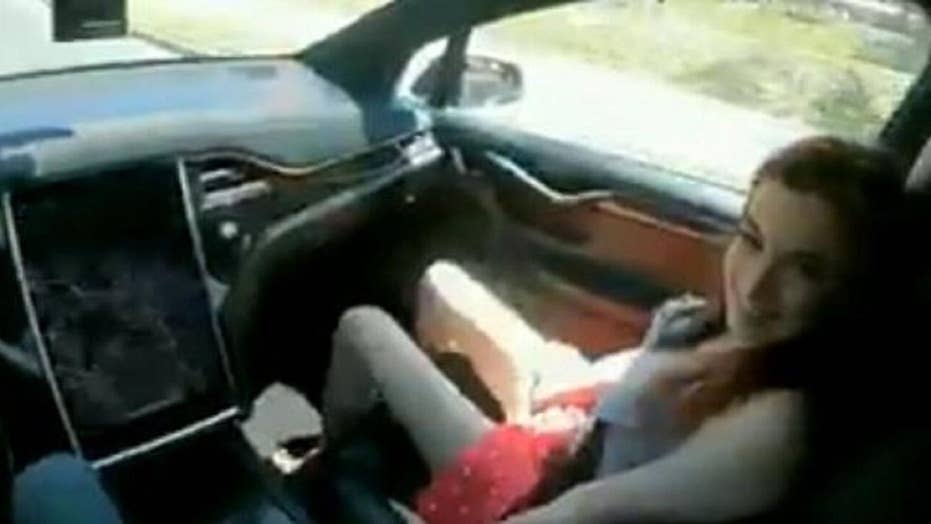 Compared to shooting an adult film in a moving car, as two people did in a Tesla recently did, watching a sexy video while driving may seem tame, but it’s still dangerous.

Police in Slough, U.K. recently pulled over a driver they spotted viewing a video of “scantily clad women dancing around,” SWNS reports.

“He just couldn’t see the distraction,” Thames Valley Police tweeted with a photo of the car.

It’s not clear what violation the driver was charged with, but using a smartphone behind the wheel carries a penalty of 200 pounds and six license points in the U.K., which is half as many as needed to have your license suspended, as soccer star David Beckham found out on Thursday when he pleaded guilty in court to the offense.

Tesla CEO Elon Musk made light of the video, tweeting: "Turns out there are more ways to use Autopilot than we imagined.”