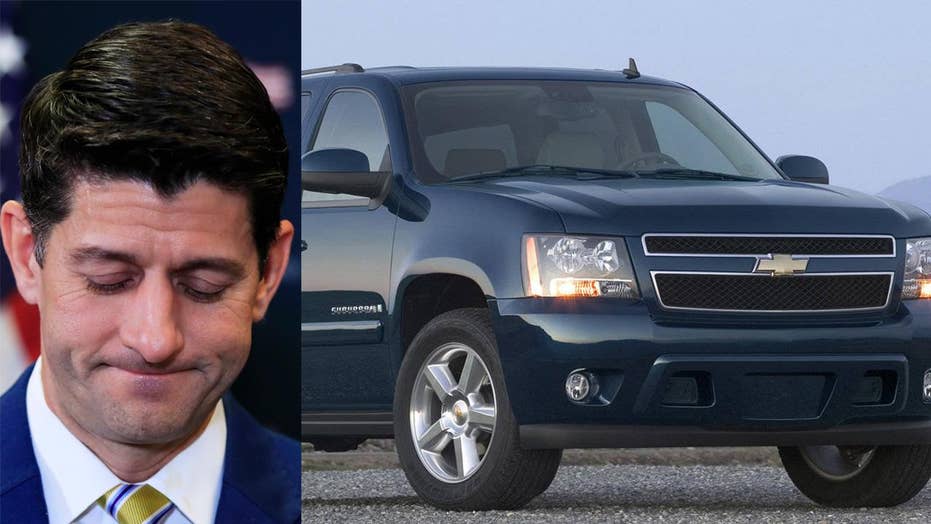 While talking to the Economic Club of Washington D.C. Paul Ryan bemoaned that he has not been able to drive since becoming speaker of the house. His Chevrolet Suburban, which was stored at his mother’s house, stopped working because it was apparently destroyed by woodchucks.

How much of a truck can a woodchuck chuck?

Speaker Paul Ryan came close to finding out when a family of the critters infested his SUV while it was sitting in storage this past winter.

“My car was eaten by animals,” Ryan told the Economic Club of Washington, D.C., on Thursday.

Ryan was discussing his upcoming retirement from Congress, and talking about how he hasn’t been allowed to drive since becoming Speaker of the House in 2015.

This 2007 Chevrolet Suburban was built at GM's Janesville factory. (Chevrolet)

He said he’d been storing his Chevrolet Suburban at his mother’s Madison, Wis.-area home and that it wouldn't start when she went to check on it after returning from at trip to Florida earlier this year. When he brought it to the dealership, the mechanics told him that woodchucks had been gnawing at the wires.

Many types of rodents engage in this activity, which some have blamed on the use of soy-based products in automotive wiring systems, but have yet to definitively prove.

Woodchucks, or whistle pigs as they’re also known, have become so common in The Badger State that Gov. Scott Walker signed a bill last year that removed them from Wisconsin’s protected species list, which lifted restrictions on hunting them.

In fact, a similiar case was reported this spring to police department in Madison, according to WPTA, when the private cars of several officers started having problems tracked back to chewed wires and they caught the furry suspect on security camera. It was trapped and released into the wild, but they’ve kept preventative measures in place.

Ryan didn’t say if his Chevy was parked outside or in a garage, but experts suggest keeping an eye out for burrows near where vehicles are kept, spreading rodent repellant in suspect areas or spraying it on specific parts that you’d like to protect. Consumer Reports also recommends marking an area with mouse-deterrent tape that’s infused with capsicum, the substance that makes peppers spicy.

That flavoring might have actually been more appropriate on one of Ryan’s previous rides, when he drove the Oscar Meyer Wienermobile one summer as a teen.

As far as his motoring future is concerned, he won't be getting a new Suburban like his old one, which was built at a now-shuttered GM factory in his hometown of Janesville. Instead, he plans to pick up a Ford F-150 when he leaves office in January.