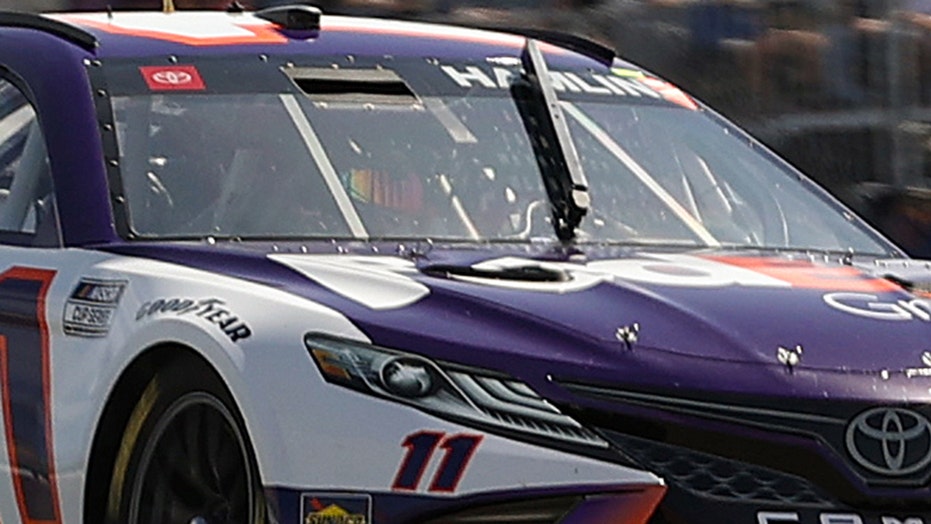 Along with real headlights, windshield wipers are probably one of the last things that come to mind when you think about a NASCAR Cup Series car, but they do have them. Sometimes.

NASCAR Cup Series cars at the Circuit of The Americas were equipped with windshield wipers. (Logan Riely/Getty Images)

Wipers are required for races on road courses like Sunday's event at the Circuit of The Americas in Austin, even if there's no rain in the forecast.

That is to say, the motor mechanism for a wiper is mandatory, but the teams don't have to install the blade if the conditions are dry like they were this year, after the deluge that hit the track in 2021. All the cars had them, however, but for a different reason than clearing away water.

The teams have found ways to use them as an aerodynamic device to help direct the flow of air over the body of the car by parking them at an angle in a vertical position. A few teams, including Joe Gibbs Racing and Team Penske, even covered their wipers in boxes to enhance the effect.

According to the latest NASCAR rule book, the box can be no larger than 1.5 inches wide and 2.5 inches high, and a few cars appeared to be pushing that limit. The other stipulation is that it can't extend beyond the windshield itself at any point in its sweep.

As far as how effective the add-ons are, the teams have kept that information pretty close to the vest over the years, but one thing is certain.

The Trackhouse Racing Chevrolet of Sunday's winner Ross Chastain had a more conventional wiper design than some of the cars it defeated..

The wipers will be put back in storage for the next few months, however, as the next road race isn't until the Cup Series visits Sonoma Raceway in June.