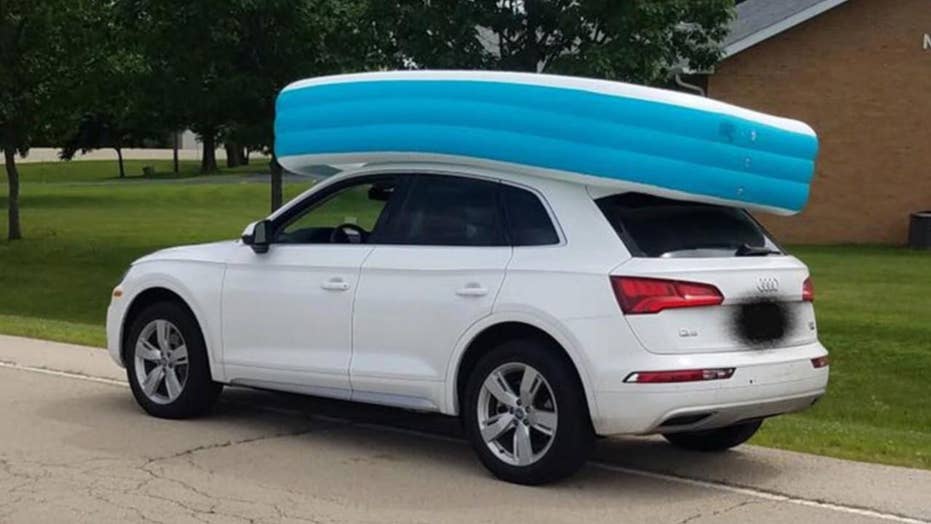 An Illinois mom was caught with two kids riding in an inflatable pool on the top of her car.

An Illinois woman was arrested for allegedly driving her SUV while her daughters sat in an inflatable pool on its roof.

Jennifer A. Janus Yeager, 49, was pulled over Tuesday afternoon by police after she was seen cruising in an Audi Q5 on Route 2 in Dixon with two children riding in the inflatable pool on the vehicle’s roof, according to WREX.

She told officers that she was driving back from her friend’s house where she inflated the pool — and was using the girls to hold it down atop the roof.

Yeager was charged with two counts of endangering the health or life of a child, two counts of reckless conduct, and failure to secure a passenger between 8 and 16.

She was taken to the Dixon Police Department and released after posting bond.