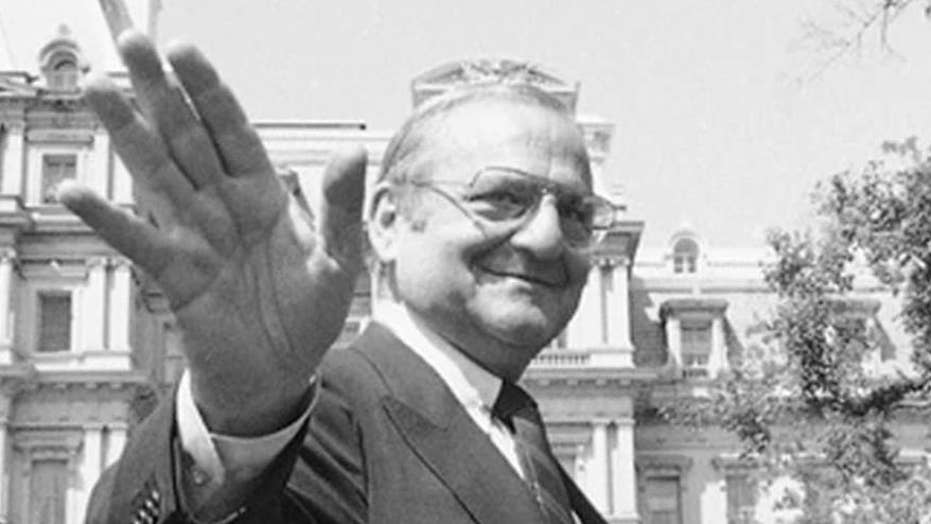 You never know what you’ll learn when you pick up a book.

A Washington Post reporter came across a unique find at a used book store in Los Angeles this week.

Tech reporter Faiz Siddiqui tweeted that he bought a copy of Ralph Nader’s “Unsafe at Any Speed” for $5 and was shocked to learn who the previous owner was.

The Chevrolet Corvair has been linked to Nader's book since its publication in 1965. (Andrew Harrer/Bloomberg via Getty Images)

He said when he got home and opened it up, he discovered a stamp from the personal library of auto industry legend Lee Iacocca, who died last year.

Although Siddiqui hasn’t verified the provenance of the book, a person who works at L.A.’s famed ‘The Last Bookstore” said it recently received a collection of books from Iacocca’s personal library and provided a photo of a matching stamp from one of them. A manager at the store couldn't confirm with Fox News Autos that the store received such a shipment, citing the high volume of donations it receives each week. "Unsafe at Any Speed" famously lambasted the Chevrolet Corvair for its poor handling.

Iacocca, who is considered the “father” of the Ford Mustang and later ran Chrysler, wrote in his own biography “Here I find myself in rare agreement with Ralph Nader: The Corvair really was unsafe.” He added that the car forever connected to the title of Nader’s book was “a disaster” and “terrible,” before going on to discuss Ford’s issues with the Pinto.