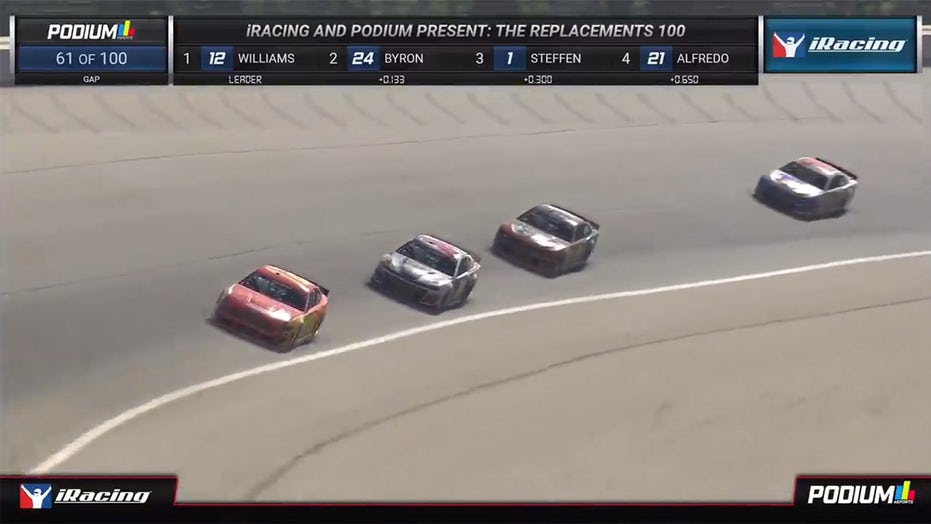 NASCAR wasn’t on the track this past weekend due to the coronavirus, but several top racers were online instead.

The driving sim also runs a full 20 race eNASCAR season sponsored by Coca-Cola and contested by dedicated eSports drivers, but set up this Sunday’s race on Atlanta Motor Speedway to include several real-world NASCAR stars including Williams, Byron, Bubba Wallace and Dale Earnhardt Jr, many of whom are sim racing enthusiasts.

The race was broadcast live by Podium eSports on Twitch, and attracted a peak audience of around 30,000 viewers, according to the Charlotte Observer. It went off relatively smoothly, but suffered a few glitches. One notable one being a crash by Parker Kligerman that was caused by his computer. Each driver was allowed one reset during the event for such occurrences.

A second replacement-style race hasn’t yet been announced, but this week’s NASCAR races at Homestead-Miami Speedway have been postponed, so there’s an opening on the calendar.

Here are the full results for the Replacements 100:

This story has been updated to clarify that Josh Williams is a Team Penske spotter and not the Xfinity Series driver of the same name.