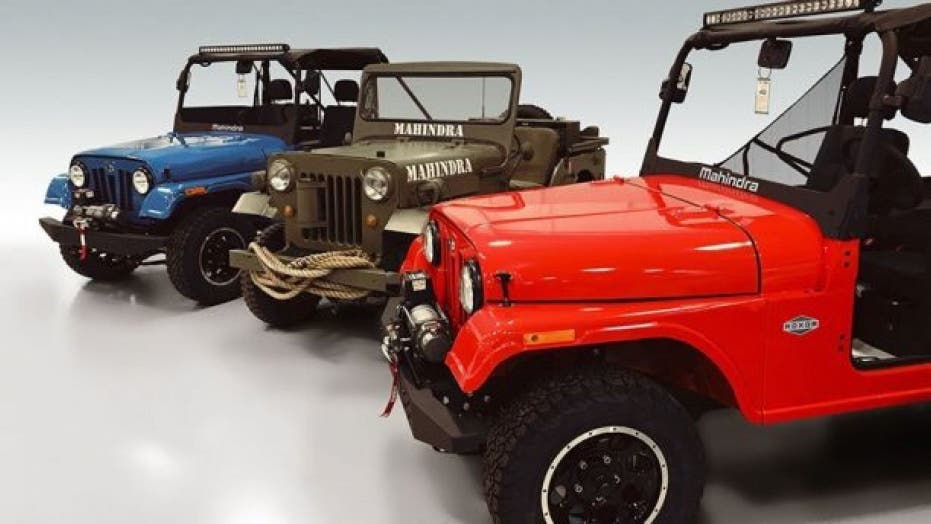 The Jeep Gladiator Mojave is the first 'Desert Rated' Jeep and was designed for high-speed off-road driving, especially on the sand, so that's where Fox News Autos Editor Gary Gastelu took it to try out.

Jeep, a brand that’s famously protective of its trademarks, has won a ruling against a company selling a vehicle that resembles the iconic World War 2-era SUV that launched the brand.

The Roxor is built by Indian automaker Mahindra and isn’t even a federally approved automobile, but classified as a side-by-side UTV.

The company started selling the vehicles in the U.S. in 2018, prompting Jeep parent Fiat Chrysler Automobiles to take legal action. The bare-bones vehicle is similar in design to the Willys MB, which Mahindra had previously been allowed to build for sale in Asia under license from Jeep.

Last week, the International Trade Commission ruled that Mahindra violated the “trade dress” of Jeep’s vehicles, and ordered it to stop selling the Roxor in the U.S., Reuters reported.

Earlier this year, Mahindra attempted to address the issue by replacing the vertical slats of the front grille with an oval grille, but the ITC ruling was actually based on six other parts, according to CNET.

FCA issued a statement saying it was pleased with the decision, while Mahindra is considering an appeal.