Drivers will soon hit the track at Daytona International Speedway in Daytona Beach, Fla., in hopes of winning the 500-mile race.

Here's what you need to know about this year’s competition:

Viewers can tune in Sunday at 2:30 p.m. ET on FOX to catch the action.

Those with a participating TV provider can also watch the race online and on smart devices using FOX Sports GO.

How many laps are there?

Who is the pole-sitter?

This year Ricky Stenhouse Jr. was the fastest qualifier and will be starting on pole position alongside Alex Bowman, with Daytona Duel winners Joey Logano and William Byron behind them. 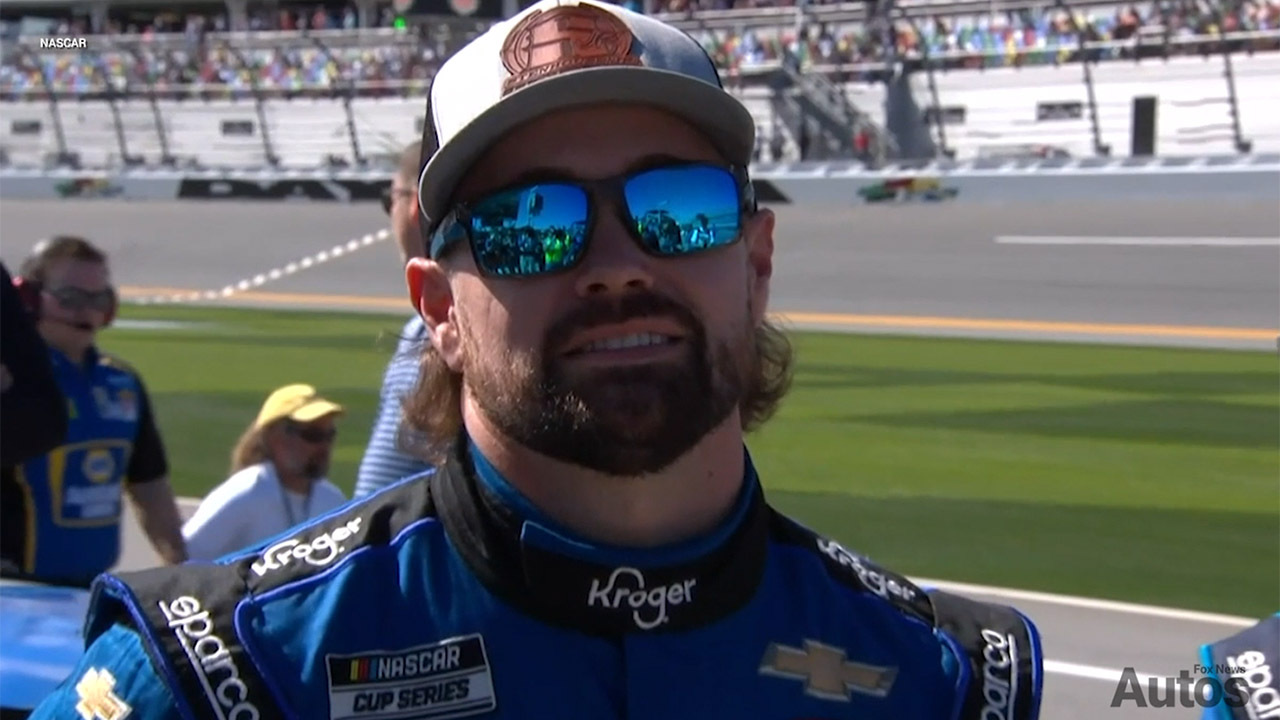 Who is the grand marshal?

President Trump will become the second president to serve as grand marshal for the race and give the "start your engines" command to the drivers.

Florida Gov. Charlie Crist had the honor in 2019, and Dale Earnhardt Jr. the year before him.

What else should I know about race day?

Dale Earnhardt, Jr. will be an honorary starter for the Daytona 500. (AP)

Five-time Daytona Supercross champion Ricky Carmichael will serve as an honorary race official. He will be introduced at the drivers' meeting, take a lap around Daytona International Speedway in a parade car and participate in question-and-answer sessions with fans.

WWE Superstar Sheamus is set to serve as the honorary pace car driver. The wrestler will be behind the wheel of the Toyota Camry TRD and will be the first WWE star to hit the tracks after John Cena's 2012 appearance.

Hootie & the Blowfish vocalist Darius Rucker is set to perform a pre-race concert.