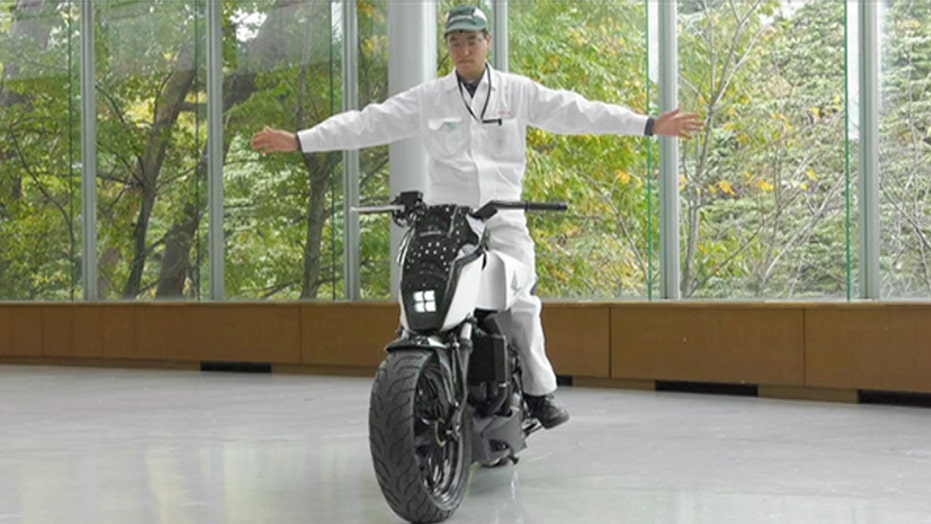 Honda's new Riding Assist tech can balance a bike by itself, making it easier to stay upright at low speeds.

The bike is fitted with a system called Riding Assist that autonomously adjusts the steering and angle of the front fork to keep it upright by making thousands of often imperceptible adjustments every second.

Instead of gyroscopes, it uses compact electric motors, disconnecting the handlebars and coordinating their movement to its operation at speeds under 3 mph. It also has an electric motor in the front wheel hub that allows it to move by itself, so you could feasibly whistle for it to come pick you up like a horse in an old cowboy flick, or just fool your friends with its ghost riding moves.

Unveiled at CES, it’s just a concept at this point, but the tech appears to be very feasible for production, and could be integrated into pretty much any type of motorcycle.