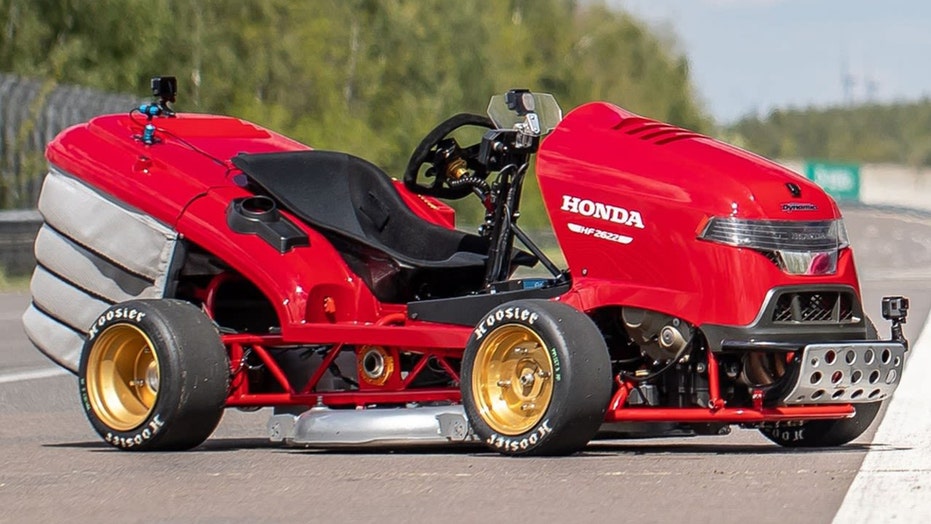 This lawnmower has the need for speed.

Stunt driver Jess Hawkins took the modified grass cutter from zero to 100 mph in an average of 6.29 seconds on May 6 near Dresden, Germany, the company said Monday. She had to record the same run, in both directions, taking their average acceleration as the official time.

The mower also had to demonstrate its ability to cut grass and, under Guinness regulations, “intrinsically look like a lawnmower” to qualify for the record, according to the company.

The average riding mower typically offers speeds of 5.5 - 7 mph, according to Lowe’s website.

The Mean Mower V2’s previous model set the record for the world’s fastest lawnmower in 2014 after reaching 116.87 mph, Honda said.