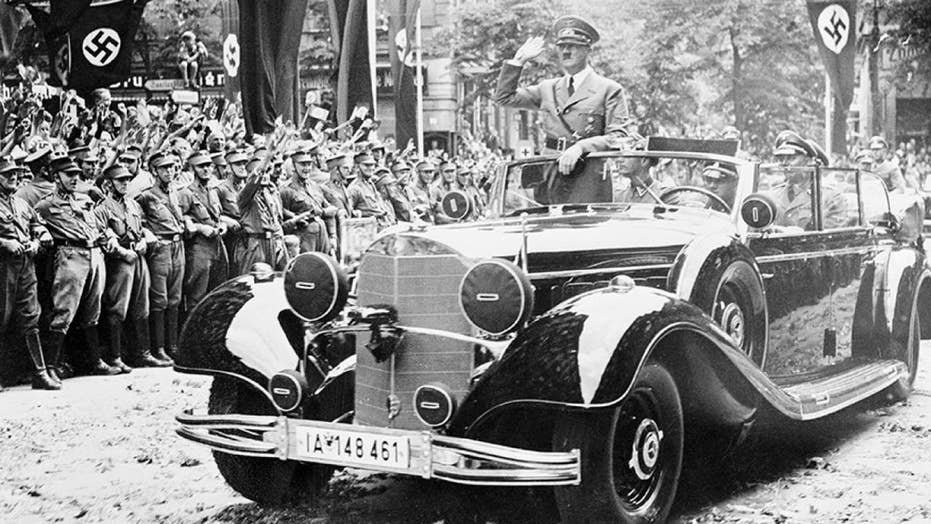 Hitler's infamous Mercedes-Benz 770K Grosser will be auctioned in Scottsdale, Arizona and a portion of the sale will be donated to the Simon Wiesenthal Center.

A portion of the proceeds from the sale of a controversial classic car once used by Adolf Hitler will be donated to the Simon Wiesenthal Center, an organization named after a famous Nazi hunter that is dedicated to Holocaust education and combating anti-Semitism.

Worldwide Auctioneers, the company auctioning the car in Scottsdale, Ariz., on January 17, has confirmed that the seller will donate 10 percent of the sale price to the center.

“Adolf Hitler would turn over in his grave if he knew that 10 percent of the sale of his car was donated to the Simon Wiesenthal Center,” Rabbi Marvin Heir said in a press release on the announcement.

The Simon Wiesenthal Center supports the prosecution of Nazi war criminals and operates museums of tolerance in Los Angeles and Jerusalem.

A noted classic car valuation expert told Fox News that he expects the car to sell for $10-$15 million or more.

The car is equipped with bulletproof glass and armored shields that can be raised to protect the rear occupants. (Worldwide Auctioneers)

The 1939 Mercedes-Benz 770K Grosser Offener Tourenwagen being auctioned was one of several similar cars used to parade Hitler and other dignitaries, including Benito Mussolini, around Nazi Germany. American forces captured it in France near the end of the war and put it to work in a military police motor pool, apparently unaware of its history.

From there, it ended up in private hands and was later sold to a collector in the United States who gave it to a Veterans of Foreign Wars post in Greenville, N.C., that featured it at events for several years before it fell into disuse and was left in a garage.

It wasn’t until a pair of classic car hunters purchased it in 1976 and did some research that its Hitler ties were uncovered.

The Mercedes has been cosmetically restored inside and out. (Worldwide Auctioneers)

Las Vegas casino magnate Ralph Engelstad, a notorious Nazi relic collector, bought the car in 1983 and added it to his Imperial Palace Collection car museum, where it remained until his death in 2002.

It was purchased in 2004 by a European buyer, and sold for an amount in the millions in 2009 to an anonymous Russian collector, who is believed to be the one offering it at the Scottsdale auction.

In announcing the recipient of the donation, Worldwide Auctioneers Principal John Kruse said that he recognizes the serious responsibilities that comes with “presenting such a historically momentous artifact for sale.”

Anti-Defamation League deputy national director Ken Jacobson said in December that, while his organization doesn’t have an issue with Nazi-era vehicles being auctioned, it would not want to see the vehicle winding up in the hands of someone who would use it to glorify Hitler or the deeds of the Nazis.

“Ideally, we would prefer to see it housed in a museum, so that it could be understood in its proper context.”