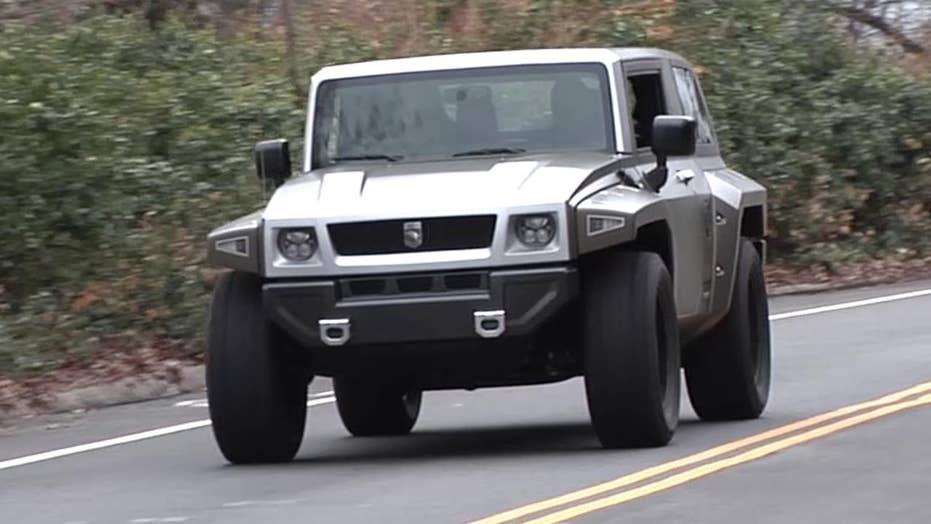 Rhino XT is a fast and furious truck

Gary Gastelu takes a spin in the custom US Specialty Vehicles Rhino XT from 'The Fate of the Furious,' and you can too

This rhino has horns.

The Rhino XT is already a fantasy. It’s a heavily-modifed Jeep Wrangler built by California’s US Specialty Vehicles that’s inspired by an old Hummer concept that never got made.

It looks so much like a movie prop that it’s become one. It joined the vehicular cast of “The Fate of the Furious” after it was spotted by the production team at a car show. The film’s director, F. Gary Gray, liked it so much that he ordered one for himself. Expect it to make an encore performance in “Furious 9.”

But while the Rhino XT does have a supercharged strapped onto its stock V6, it’s not very fast. The three hundred or so horsepower it puts out is just a little more than the stock Wrangler provides. But now there’s a Rhino XT that’s truly hellacious.

THE 840 HP DODGE DEMON IS AN ABSOLUTE BEAST

US Specialty Vehicles is collaborating with Dakota Customs to drop the 707 hp V8 from the Dodge Challenger SRT Hellcat into the Rhino XT. The Rapid City outfit already does Hellcat Wrangler conversions, and has ported that over to the Rhino XT. Along with the engine, it also beefs up the transmission, driveshafts and differentials inside its live axles. Yep, it sticks with the sticks.

US Specialty Vehicles client relations specialist Ernie Salazar provided Fox News with photos of the first customer car being built for a very famous country music star that we know the name of but can’t reveal just yet. He says he’s driven the truck and the ease at which the Hellcat spins its off-road tires is hilarious.