Where’s Robert Langdon when you need him?

The 2018 Ford Mustang will be available with a full digital instrument cluster, and while I haven’t had the opportunity to get a first-hand look at it yet, a few images have been revealed that Ford’s product communications manager says are filled with hidden Easter eggs.

A few are no-brainers, like the 1964.5 reading in the odometer that represents the first Mustang’s model year, and the 289 miles to empty, the same number as the displacement of the '65 car’s V8.

From there, the hunt gets harder.

Autoguide speculates that the 4 and 55 in one image suggests that the Mustang GT will have 455 horsepower, a bump from today’s 435, while Road & Track points to the 7 and 55 in another as proof that there will be a Dodge Hellcat-beating 755 hp Mustang. Laugh if you will, but this is entirely within the realm of possibility since a new Shelby GT500 is rumored to be on the way and the last one had 667 hp.

But don’t be distracted by the obvious, because there is much more concrete evidence at hand.

That’s a wild number at first blush, but since Ford says the 2018 Mustang’s new 5.0-liter V8 will rev higher than the current one, thanks in part to a free-breathing intake system derived from the one used by the Shelby GT350’s 5.2-liter V8, which has a redline of 8,200, not an unrealistic one.

Hopefully we’ll find out for sure long before it goes on sale this fall, but the Mustang isn’t the only car Ford’s being cryptic with.

Even though it’s already started building it, Ford still hasn’t released the exact specifications or performance numbers for its new GT supercar, but it has posted a few screenshotps of its digital instrument cluster, including one displaying a very prominent 216 mph.

Ford’s ever coy communications manager wouldn’t confirm that’s the GT’s top speed, but it had better be at least that fast unless the company wants to face a serious internet shaming. However, I’m more interested in one of the numbers next to it.

This particular car has 248.7 miles on its odometer. According to Google Maps that’s roughly the distance between Ford’s Dearborn, Mich., headquarters and Multimatic Motorsports in Ontario, Canada, where the GT is built. That’s neat, and the only reference I could think of, but kind of boring, so I’m going to go out on a limb and say that’s actually the GT’s top speed.

Here’s what I’m basing that on:

-Its active aerodynamic system has a V-Max mode.

You’ll have to prove that I’m wrong, but I’d be much cooler if Ford proves that I’m right. 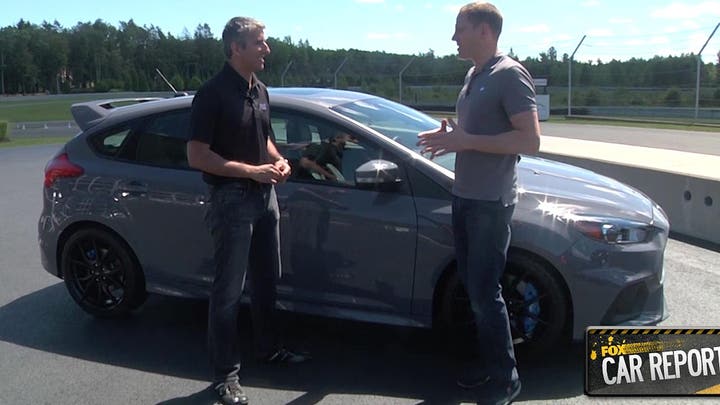