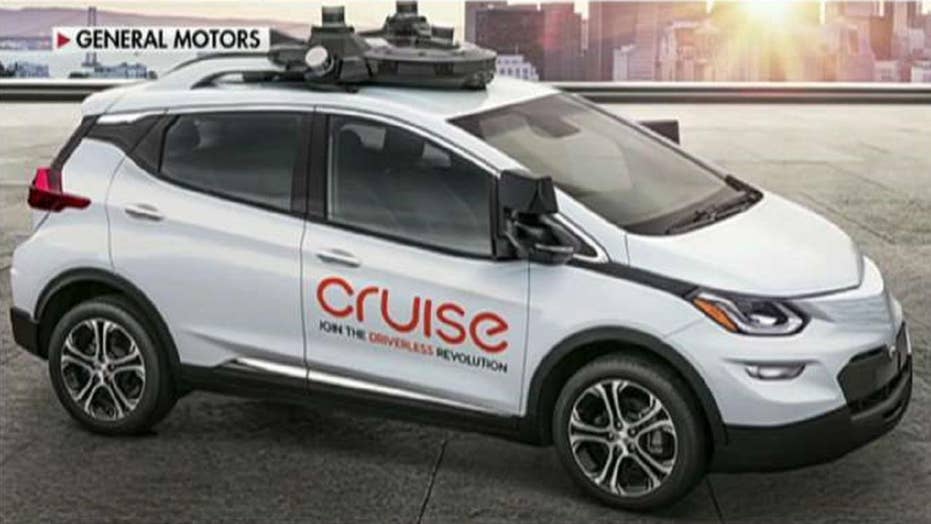 Cruise, General Motors’ autonomous car subsidiary, is set to unveil its first fully driverless car on Tuesday in San Francisco, according to Bloomberg.

Cruise has been developing self-driving technology with the goal of launching a ride-hailing service similar to Uber or Lyft and has a press conference scheduled for 4 pm PST.

Sources familiar with the details of the event told the news outlet that, unlike the Chevrolet Bolt electric cars Cruise has been testing on the streets of San Francisco with human monitors, the vehicle will not have a steering wheel or pedals.

It’s an idea the company first pitched two years ago with an image of a Bolt’s interior without the controls as it began petitioning the National Highway Transportation Safety Administration to allow it to build and deploy such a vehicle on public roads.

Cruise CEO Dan Ammann wrote in a Medium post in December that the company is looking to “move beyond the car” with an autonomous, electric ride-hailing service that will augment other forms of transportation, reducing cost and congestion while increasing safety. Cruise initially planned to launch the service by the end of 2019, but delayed it to make sure the technology could provide a level of safety that it found acceptable.

This teaser image accompanied Honda's announcement that it was investing in Cruise. (Cruise)

Along with its own efforts, Cruise is co-developing a separate self-driving car with Honda following a $2.75 billion commitment made to the company by the Japanese automaker.