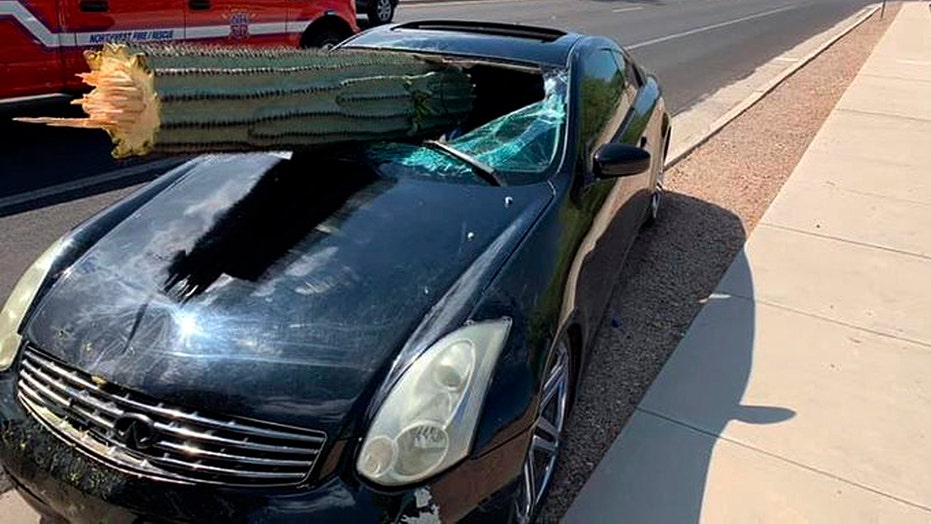 An Arizona driver escaped injuries but was taken into custody after a cactus plummeted through his car windshield Wednesday.

The driver, whose identity has not been released, was crossing a median in Tucson when he hit a cactus, Pima County Sheriff’s Deputy Daniel Jelineo said.

The saguaro cactus splintered on impact and the part that broke off ended up partially inside the black sports car, breaking through the windshield and jutting out onto the hood of the vehicle.

Jelineo said deputies detained and arrested the driver after observing signs that he was impaired.

"I saw the picture. That was so bad," she told the station. "I have never seen something like that before, but that can kill the person that was driving, and yea, they don't have to be too big to cause a lot of damage. That one right there, it could be one ton or 1,000 pounds."