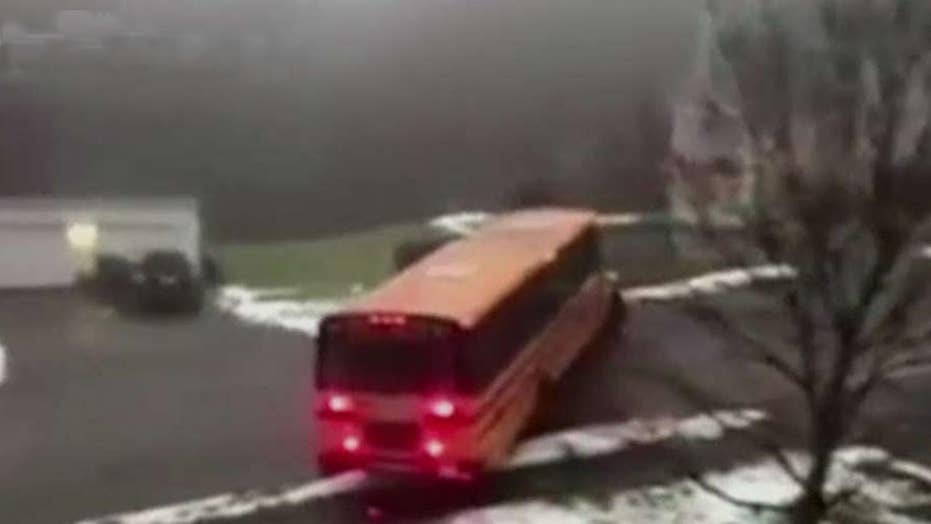 No one hurt after bus filled with students hits car.

Officials in a Massachusetts town say no one was hurt when a school bus full of middle and high school students slid backward down an icy road and crashed into a stopped car.

A nearby resident captured video of the crash early Tuesday in Sutton. Neither vehicle was badly damaged, and the bus continued on to school after the crash.

Later Tuesday, a Sutton school van crashed into a pole. Two adults and a child were hospitalized after that crash.

Sutton Superintendent Theodore Friend says he consulted with other school administrators and highway officials before deciding to send the buses out. He says most main roads had been treated before the first crash, but some smaller roads had not.