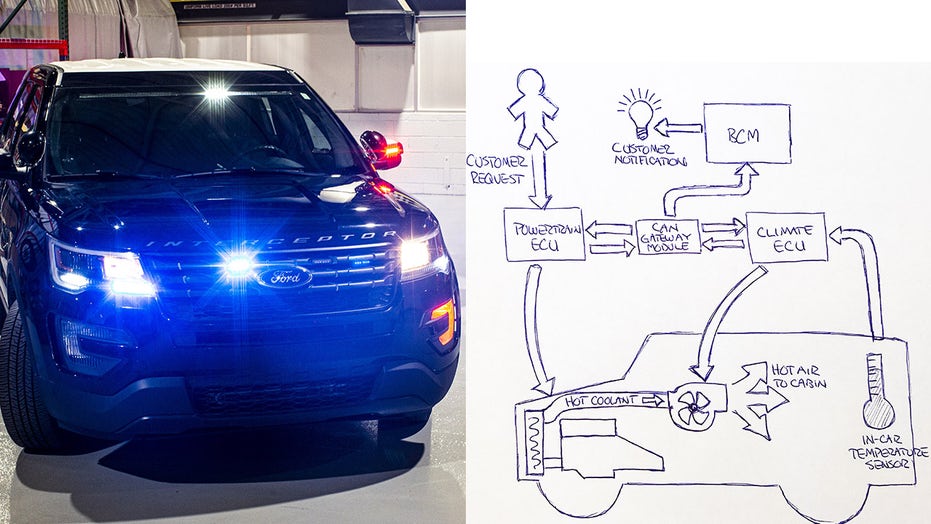 Ford is ready to bring the heat to the coronavirus fight.

The automaker has developed a software update for some of its Explorer-based Police Interceptor Utility patrol vehicles that allows them to use the climate control system to raise the cabin temperature to 133 degrees for 15 minutes to help kill any coronavirus inside.

Research conducted in conjunction with The Ohio State University found that the cycle could reduce concentrations of the virus present by up to 99 percent.

2013-2015 models use a smartphone-controlled device plugged into their OBD ports, while the software can be uploaded directly into newer vehicles. (Ford​​​​​)

The software is compatible with the 2013-2019 models of the SUV. Depending on the year, the feature is engaged either with a smartphone app or by manually inputting a code using the cruise controls buttons on the steering wheel then exiting the vehicle.

External lights and messages on the instrument cluster indicate when it is in operation, and the cabin is returned to a safe temperature after the heating session is complete.

Ford has already field-tested the feature with several police departments, including the NYPD and LAPD, and is now making it available across the country. It is also looking to develop the software for its other law enforcement vehicles but is not currently planning to offer it on any consumer models.