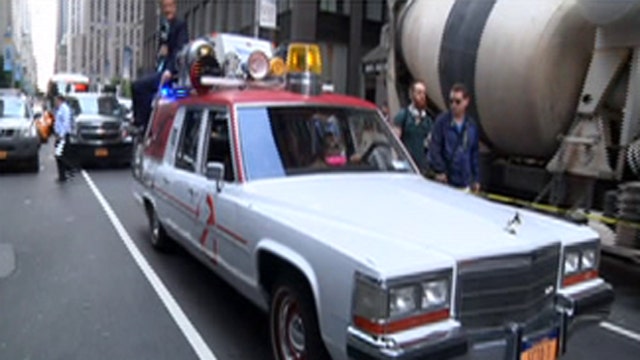 Ecto-1 may be the ultimate barn find, but it’s not the only cool car in the new “Ghostbusters: Afterlife” film.

The first trailer for the 2020 release shows the iconic converted Cadillac ambulance being discovered on an Oklahoma farm, where it was apparently hidden away by Egon Spengler in the time that’s passed since the films starring the original cast. But before it gets to that, a group of teens is seen cruising down a dirt road in the bed of a Ford Ranchero GT.

The pickup car was Ford’s competitor to the Chevrolet El Camino, and went out of production in 1979. This last-generation example was built on the same platform as the Ford LTD II and was offered in 500, GT and Squier trims.

If you’re thinking about buying one to recreate the scene from the movie, keep in mind that riding in the bed of a pickup in Oklahoma is illegal, at least on public roads.

The law is less clear about firing a proton pack at a ghost from a moving vehicle.