Emergency crews in the Netherlands took the unusual step of giving a $150,000 BMW i8 a bath on Tuesday, but not because it was dirty.

The Brandweer Midden- en West-Brabant firefighters were responding to reports that smoke was coming from the plug-in hybrid as it sat in a garage. Instead of just spraying it with water or suppressant, however, they brought it a crane and a giant tub of liquid and lifted the car into it, fully submerging it. 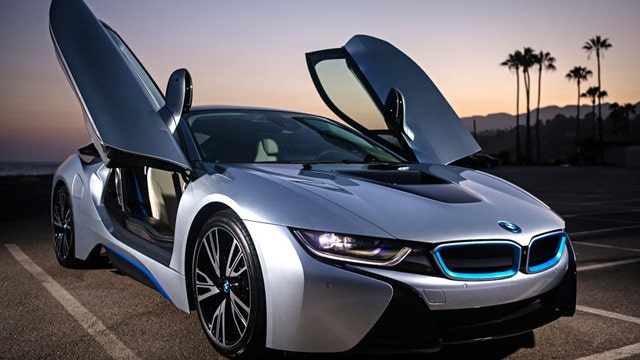 The BMW i8 combines a 3-cylinder gasoline engine with a battery pack that gives it 18 miles of all-electric range.

Electric car fires are notoriously difficult to extinguish because of all of the electronics and chemicals involved, especially when they have lithium-ion batteries like the i8. There have been recent instances where crashed Teslas that caught fire, for instance, reignited several times in the hours and days that followed their accidents.

The department didn’t explain where the tank came from in a Facebook post about the situation, but said that the car would be left in it for 24 hours as a precaution.

This story has been updated to correct the location of the incident.