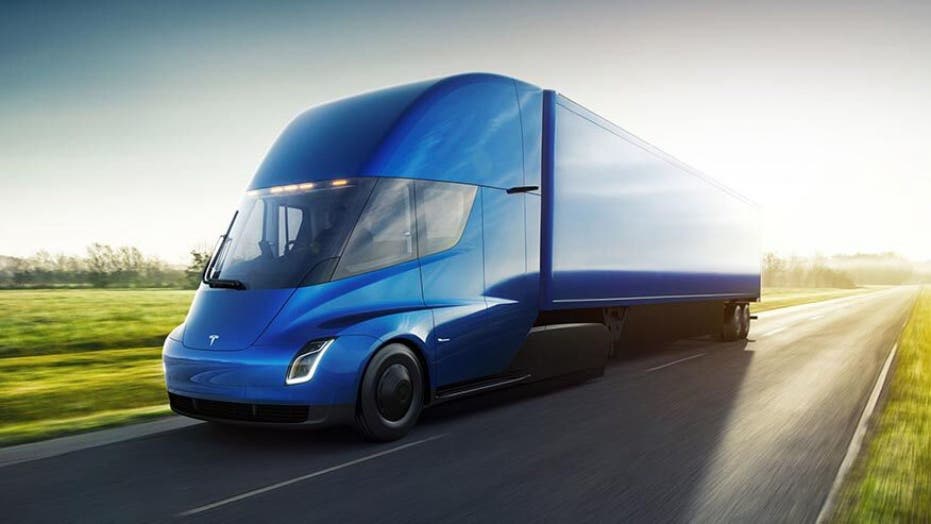 Tesla CEO Elon Musk hopped out of the first fully electric semi truck at SpaceX headquarters, unveiling the Tesla Semi. Musk promised that the truck will help transform the trucking industry and improve safety. Here’s what it’s all about.

Tesla’s Semi isn’t on sale yet, but it’s already delivering the goods for the company.

After a memo from CEO Elon Musk urging staff to prioritize production of the commercial truck was leaked on Tuesday evening, the Tesla shares rose to an all-time high over $1,000 when the market opened on Wednesday.

According to Reuters, Musk sent the note to staff following the very successful IPO of zero-emissions startup Nikola Motors, which plans a lineup of battery-powered and hydrogen fuel-cell-powered commercial trucks starting next year. Phoenix-based Nikola’s market capitalization surpassed Ford’s on Tuesday after announcing a reservation date for a small pickup, despite company projections that it wouldn’t even reach $1 billion in revenue until 2023.

Nikola accused Tesla of copying the design of one of its trucks in a lawsuit that is ongoing. Both companies borrow their names from famed electrical engineer Nikola Tesla.

Musk has confirmed the authenticity of his note, which said “It’s time to go all out and bring the Tesla Semi to volume production.” He added that the powertrain would be manufactured at Tesla’s Reno, Nev., facility, but that most other work would take place elsewhere in the U.S.

Tesla has promised the truck would be available with ranges from 300-500 miles per charge and be able to accelerate to 60 mph in 20 seconds at the maximum allowed weight of 80,000 pounds.

Both companies claim to have billions of dollars worth of reservations for their commercial trucks.