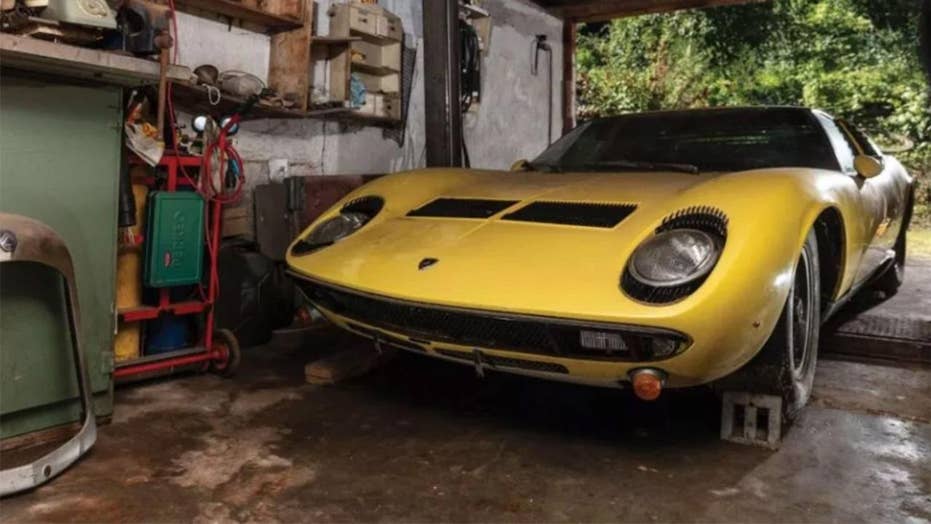 1969 Lamborghini expected to sell for $1 million after being rediscovered in a German garage.

A 1969 Lamborghini Miura unearthed in a German garage is set to go under the hammer for 1 million pounds ($1.2 million).

And the 50-year-old supercar has just 18,000 miles on the odometer. The vintage motor is expected to get plenty of interest when it goes up for auction at RM Sotheby's Europe in late October.

The P400 S model - which is thought one of the last remaining examples in its original condition - could be sold between 800,000 pounds ($970,000) and  1 million pounds. The luxury vehicle was recently uncovered in a dusty garage in Black Forest, southwest Germany, following the death of its owner in 2015. It was also found covered in dust and dirt, with bricks underneath its front wheel to stop it from rolling away.

It was first owned by German advertising executive Walter Becker in 1971, before being sold to amateur racer Hans-Peter Weber. And according to the auction house, the motoring enthusiast kept it in pristine condition before his death, only using it on special occasions.

The Lamborghini Miura was made famous in the opening scene of 1969 film "The Italian Job," starring legendary actor Michael Caine. Maarten ten Holder, executive vice president at RM Sotheby's Europe, said: "Any Miura S is rare and desirable in its own right, but the car we are selling in London is an opportunity that would be very hard to repeat.

"I think it’s fair to say that for many collectors an original Miura such as this, is the ultimate prize. With new dates also announced for our 13 th London sale, we are delighted to have this car as an early star lot and we are confident it will attract interest from around the globe."