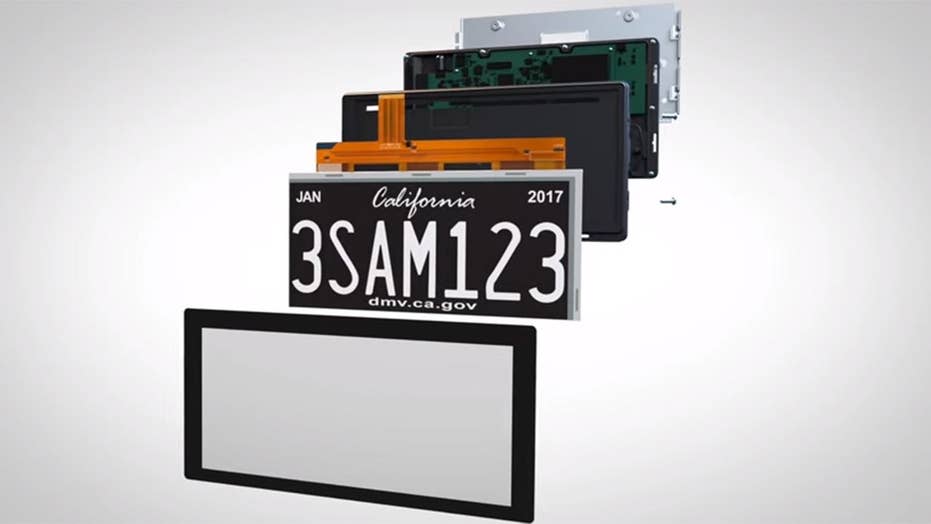 A futuristic digital license plate that can change its display and track the vehicle that it’s attached to is being tested on California roads.

Over 100 of the high-tech tags are already in use as part of a pilot program, and now Sacramento has become the first city to add them to its municipal fleet.

The Sacramento Bee reports that the city government took delivery last week of 24 Chevrolet Volts equipped with the plates, which are priced at $699 each, but were provided at no cost by the manufacturer, Reviver Auto, for evaluation.

The plates use e-ink screens like e-books, and are equipped with a GPS tracker that can transmit the location of the vehicle. They have a reflective surface, backlighting, weatherproofing and are hardwired to the car.

Reviver Auto says that the technology conforms to the General Data Protection Regulation standards, and that the tracking and display features are controlled by each plate’s owner.

Sacramento Innovation Officer Louis Stewart said that the city is assuring labor representatives that it won’t use them to monitor individual employees.

Reviver Auto VP of Marketing Bobby Penn told Fox News that the telematics data will never be shared with the DMV or law enforcement, and promises that the company will not sell any information to outside companies. No personal data is stored in the device itself.

Users can modify the display with custom messages via an app and electronically update their registration without the need for a sticker or visit to the DMV. They’re being marketed as a fleet management tool for commercial outfits that can double as a promotional platform, as the screens can display company branding and advertisements when the vehicles are parked, while still showing the plate number in a smaller font.

Along with the convenience factor, a pitch to retail customers is that they are the ultimate vanity plate, with the potential to update them on a whim to show support for causes or sports teams, or simply to project a personal message for the day.

Owners can also have the plates display the word “stolen” if their cars go missing, while emergency messages, like amber alerts and flood warnings, can be blasted to all of the devices in an affected area in an effort to reach other motorists.

A $7 monthly fee is required, with additional costs for the GPS tracking feature.

One retailer, Galpin Motors in Van Nuys, is offering three-year plans priced at $189 and $279, respectively, plus $99 for installation.

A conventional license plate with the traditional registration sticker needs to be kept with the car during the trial. California requires front plates, so owners can mount one there instead of getting two of the digital devices. In the event that the DMV program is abandoned, any of the Reviver Auto plates still in circulation will be grandfathered in permanently, according to Galpin.

(Update: After initially not responding to a question regarding how long the plates would be active, the California DMV reached out to Fox News after publication of this article to say that they would not be grandfathered in permanently, but did not provide a timeline for the phase out of thier use.)

Consumer sales are scheduled to begin on June 1, and Galpin says interest and demand have been strong, but a California DMV spokesperson told Fox News that there were just 116 of the units in operation as of May 22.

The Arizona Department of Transportation is also testing the plates on a dozen of its state-owned vehicles.