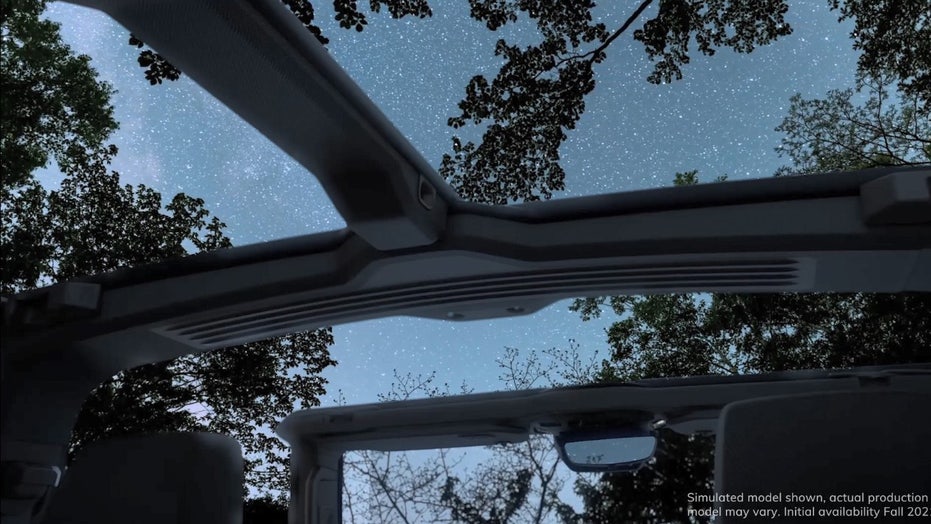 GMC’s electric truck of the future may be fitted with a retro touch.

The 2022 GMC HUMMER EV, which is set to enter production late next year, will be equipped with a removable roof that appears in a new teaser photo to have a take on the T-top design over the back seats. The last GM cars to feature true T-top designs were the 2002 Chevrolet Camaro and Pontiac Firebird.

Unlike on the Jeep Wrangler, there are no roll bars that connect the tops of the roof pillars on either side of the front doors when the roof panels have been removed, so space above the front passengers’ heads is completely open, while a longitudinal bar splits the air over the rear seats. However, the image is cropped in a way that you can’t see the rear door openings, so it’s not clear if there’s a bar there or not.

The pickup is being built on an electric skateboard-style platform with a separate “top hat” body on it. GMC has not said how the design will provide rollover protection, but it’s possible that the HUMMER EV will be classified as a heavy-duty truck like the former Hummer H2 was, which means it wouldn’t need to meet the same roof crush standards as a light-duty model.

The HUMMER EV will be offered in several versions, including one with three electric motors and 1,000 hp that GMC says will be capable of accelerating to 60 mph in under three seconds.

GMC had previously scheduled an event to debut the HUMMER EV in full on May 20, but it was postponed due to the coronavirus pandemic. Exact pricing hasn’t been announced. GMC previously released images of the front of the vehicle and a distant overhead shot showing its exposed interior and the relative size of its pickup bed.