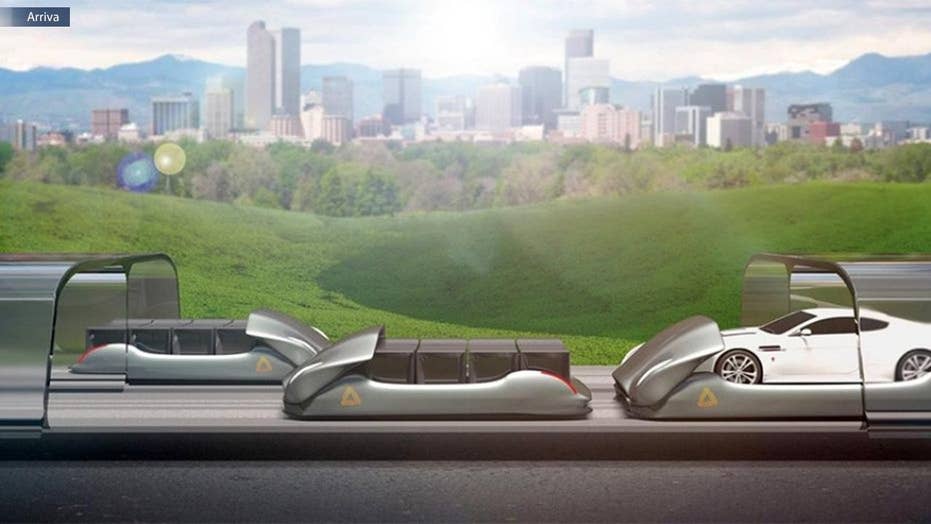 The Colorado Department of Transportation has partnered with Arrivo to invest in a test track in Denver.

The hyperloop system is a competitor of Hyperloop One. Earlier this year, the Colorado route was one of the 12 winning routes.

This version is slightly different from Hyperloop One.

The technology of Hyperloop One puts passengers and cargo into a pod with gradual acceleration by electric propulsion through a low-pressure tube.

The pod then lifts above the track using magnetic levitation and glides at airline speeds for long distances.

Hyperloop One had a successful full-scale test in the summer, achieving record test speeds.

The goal is to get people anywhere in the Denver area in less than 20 minutes. With traffic an ongoing issue, CDOT executive director Shailen Bhatt said it's time to consider all options.

“We have a transportation system that was designed in the '50s, built in the '60s for a population of the 1980s,” Bhatt said.

One of the options CDOT wants to look at is Arrivo, a high-speed super urban network.

“Arrivo is developing 21st century technology that’s going to let you do more with what you have,” Arrivo CEO Brogan Bambrogan said.

The transportation technology is fast. At 200 mph and on its own track, people could get from Denver to Boulder in less than 10 minutes.

The CEO also said the technology makes it possible to get from Castle Rock to Golden in less than 20 minutes.

Cars can be driven onto one of the Arrivo pods for the ride. There are also passenger pods without vehicles.

“Arrivo is propelled with linear electric motors so there’s no direct emissions from the system,” Bambrogan said.

For the next couple of years, Arrivo will work on a test track in Colorado. Construction on the test track will begin next year. The goal is to have the first leg of the system up and running by 2021.

“Arrivo’s focus is on regional and super regional networks that could serve the whole Denver region," Bambrogran said.

Arrivo would cost the same as the E-470 toll road costs to use. Arrivo is set to invest more than $10 million in Colorado and add a couple dozen jobs.

​CDOT will do a study to see how feasible a service like Arrivo could be.